Both the brothers accuse each other of large-scale fraud and corruption; Shivinder says Malvinder should be removed as the holding company's director; Malvinder says his brother filed the suit against him only to stop RHC Holding from demanding money from Gurinder Singh Dhillon-led RSSB 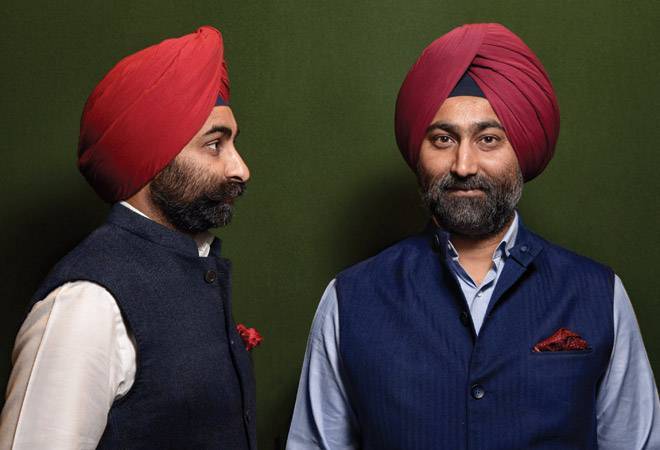 Former Religare promoter Shivinder Singh, in his NCLT filing in July, called his brother Malvinder Singh 'Bhasmasur'. He also alleged Malvinder was suffering from personality disorder. He has sought a "forensic probe" of RHC Holding. Meanwhile, Malvinder, in his NCLT filing in August, said he deserved the right to take suitable legal action against his brother Shivinder for making "scurrilous insinuations".

The NCLT hearings in the case will be held in December.

"MMS (Malvinder Mohan Singh) has turned out to be the mythological 'Bhasmasur' for the RHC group. Wherever he became head of a business -- Ranxbaxy, Fortis, Religare, SRL Labs Ltd -- he decimated the value to zero for the RHC group," Shivinder said in the NCLT filing.

As per Hindu mythology, Bhasmasura was a devotee of the god Shiva who performed great penance to obtain a boon. Shiva granted him power that anyone whose head he would touch with his hand should immediately turn into ashes (bhasma). After the demon wreaked havoc across the world with his new found power, lord Vishnu, in the form of Mohini, enticed him with her exceedingly beautiful looks. While dancing with Mohini, Bhasmasura agreed to the match her moves and placed his hands on his head, thus turning himself into ashes.

Notably, both of them, Malvinder and Shivinder, are currently in jail as Delhi's Saket court had sent the Singh brothers and 3 others to judicial custody till October 31 in a fund misappropriation case related to Religare Finvest Ltd. The other three accused, former Religare CMD Sunil Godhwani, and former senior executives Kavi Arora and Anil Saxena, are also in jail.

In their NCLT filings, both the brothers accused each other of large-scale fraud and corruption. Shivinder sought Malvinder's removal as the holding company's director while urging the NCLT to take over its board. He also asked the court to issue a restraining order against Malvinder from entering the RHC office and even communicating with any of its employee.

Malvinder in his reply said that Shivinder was hurling accusations on behalf of RSSB as he wished to become its chief. He also alleged that Shivinder filed the suit against him only to stop RHC from demanding money from Gurinder Singh Dhillon-led RSSB. He said Shivinder had done "large scale diversion of funds from FHL, RHC, REL etc to Dhillon (chief of RSSB) and the entities under his (Dhillon) control".

As per Shivinder's filing, he's a 50 per cent owner of RHC and has an established track record of value creation by building Fortis from scratch into India's second-largest healthcare chain and turning it into one of RHC's most-valuable businesses before his retirement in 2015.

"The petitioner no. 2 (Shivinder) is of the firm belief that the continuous destruction of RHC's asset base can be arrested provided the 'Bhasmasur' is dislodged from the helm of affairs of RHC," said Shivinder's filing.

While denying that Shivinder was solely involved in building and running of FHL, Malvinder said: "...the Petitioner number 2 (Shivinder) had been actively involved in all businesses of the group including the Respondent no. 1 (Malvinder)." He said Shivinder was falsely claiming before all the investigating agencies, regulators and courts that he was under 'Sanyas' (asceticism) from the corporate world from January 2016 till late 2017.

Urging the court to punish him for perjury, Malvinder said Shivinder continued as a director of all companies and that he continued to draw Rs 43.5 lakh monthly salary from two key subsidiaries of Malvinder's company. He also said during his 'sanyas', Shivinder attended numerous board meets and used to enjoy his foreign travels.

He accused Shivinder of protecting Dhillon from debts and "possible investigations and liability towards Daiichi (Sankyo)." The younger brother said Malvinder had sought Rs 1,000 crore from him to cede control of RHC. Demanding the status quo on RHC's assets and shareholdings, Shivinder requested the NCLT to appoint two independent directors and change account signatories.

The Singh brothers sold Ranbaxy to Japanese drugmaker Daiichi Sankyo in 2008 for Rs 10,000 crore. In 2013, Daiichi paid $500 as felony charges in the US for selling adulterated medicines, following which it filed an arbitration case against the Singh brothers.