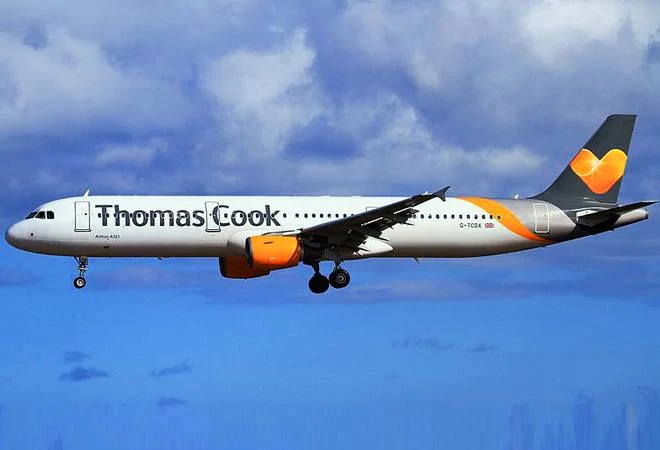 British travel firm Thomas Cook collapsed into bankruptcy on Monday, leaving some 600,000 holidaymakers stranded overseas, while its 22,000 staff are now out of a job

In a much-needed respite to thousands of crisis-hit Thomas Cook customers, British Civil Aviation Authority (CAA) has reportedly said that it will bring back 16,700 customers of collapsed British travel firm as part of its repatriation scheme following the collapse of the holiday group.

Some 76 flights are scheduled to operate on Saturday to return 16,700 people, Reuters quoted the UK's aviation regulator as saying this.

The authority said that more than half of the total number of affected passengers had flown home since it launched the country's largest peacetime repatriation on Monday.

The UK government and the Civil Aviation Authority are working together to support passengers due to fly back to the UK with Thomas Cook between 23 September 2019 and 6 October 2019.

The collapse of Thomas Cook has spelt bad news for tourists as they have stuck overseas. It also affected its workers and customers as the collapse badly hit suppliers such as hotel owners as well as the aviation world. Its failure will have serious implications on the aviation world as some British airports were particularly dependent on Thomas Cook.

British travel firm Thomas Cook collapsed into bankruptcy on Monday, leaving some 600,000 holidaymakers stranded overseas, while its 22,000 staff are now out of a job. The 178-year-old debt-laden group, which blamed Brexit uncertainty for a recent drop in bookings, failed to secure 200 million pounds (USD 250 million, 227 million euros) from private investors and collapsed in the early hours on Monday.

Reacting to the Thomas Cook UK bankruptcy reports, the shares of Thomas cook India saw a surge in selling during the last week. In the company's press release dated September 23, 2019, titled, 'Thomas Cook India reiterates that there is no impact due to Thomas Cook PLC collapse in the UK', the firm explained how Thomas Cook India Group is a completely separate entity from Thomas Cook PLC since August 2012 when it was acquired by Fairfax Financial Holdings (Fairfax), a Canada based multinational with varied interests across the globe as well as in India.