Both the state as well as the Centre will contribute Rs 1,466.2 crore each for the project, while the rest of the amount would be raised through loans 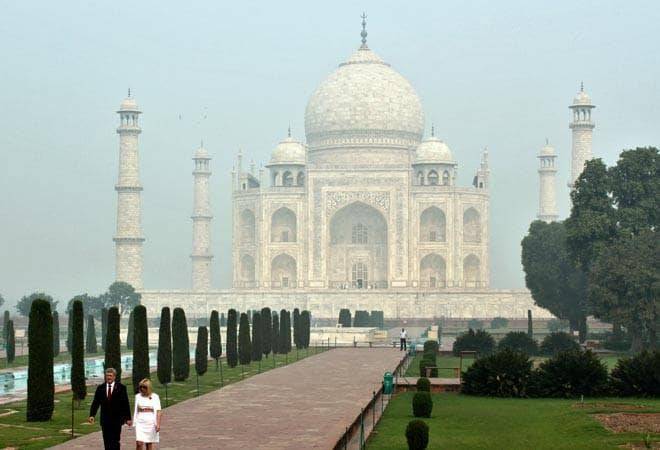 The Yogi Adityanath government had approved Rs 175 crore for the Metro project in its Budget in February.

The tourist city of Agra will soon be connected to the Metro transport system, a project which is estimated to cost around Rs 8,415.63 crore in the course of the next five years. Agra sees tourist footfall of around 2 crore per year, and traffic congestion is a big problem for the local authorities. The Union Cabinet gave the approval for the Agra Metro Rail project in April. As per the final report, the Agra Metro project will comprise two corridors, connecting famous tourist destinations like Taj Mahal, Agra Fort, Sikandra, and highly populous places like ISBT, Raja Ki Mandi railway station, medical college, Agra Cantt railway station, and the Collectorate, reported Financial Express.

The corridor 1 from Sikandra to Taj East Gate would be 14 km long while the corridor 2 from Agra Cantt to Kalindi Vihar would stretch on 15.4 km route. The corridor 1 would comprise six elevated stations and seven underground stations. Another corridor will be completely elevated with total of 14 stations.

Both the state as well as the Centre will contribute Rs 1,466.2 crore each for the project, while the rest of the amount would be raised through loans. Several banks have been roped in to fund the project, which has also got the necessary approval from the state government. The Yogi Adityanath government had approved Rs 175 crore for the Metro project in its Budget in February.

Agra is the third most populous city of Uttar Pradesh with over 15.9 lakh people (as per the 2011 census) living in the tourist city. Its population is expected to touch 25 lakh in 2020. As traffic congestion, parking problems and rising accidents become a headache for locals, an efficient public transportation system is the need of the hour for the Agra authorities.

Agra is one of the three cities that are part of the Golden Triangle Tourist Circuit along with Delhi and Jaipur. Apart from Taj Mahal, the city is also famous for world-famous destinations like Agra Fort and Fatehpur Sikri. The challenge before the authorities is to execute the project in such a way that it does not harm the beauty of its monuments, suggest experts.