Anti-CAA protests: Speaking at an event in Delhi Army Chief Gen Bipin Rawat said that the way masses of crowds are being led to carry out arson and violence in cities and towns is not leadership 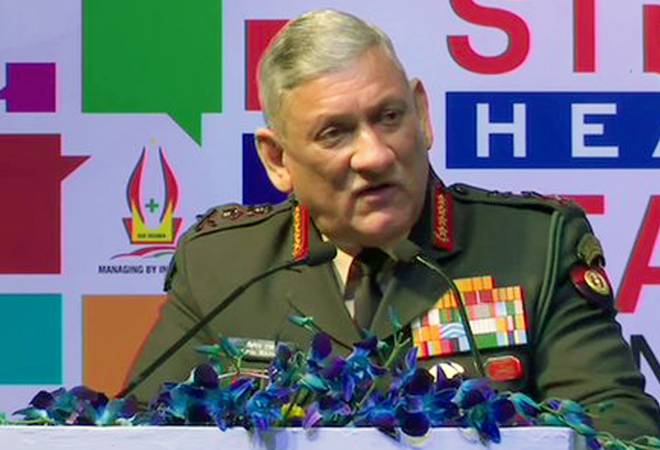 Anti-CAA protests: Outgoing Army Chief Gen. Bipin added that leaders are those who lead people in the right direction

Outgoing Army Chief Gen. Bipin Rawat on Thursday condemned the anti-Citizenship Amendment Act (CAA) protests across the country saying that the university and college students leading large crowds to carry out arson and violence is not leadership.

Commenting on the anti-CAA protests at an event in Delhi, Rawat said, "Leaders are not those who lead people in inappropriate directions, as we are witnessing in a large number of universities and college students...the way they are leading masses of crowds to carry out arson and violence in our cities and towns,"

"This is not leadership," he added. He said leaders are those who lead people in the right direction.

#WATCH Army Chief Gen Bipin Rawat: Leaders are not those who lead ppl in inappropriate direction. As we are witnessing in large number of universities&colleges,students the way they are leading masses&crowds to carry out arson&violence in cities & towns. This is not leadership. pic.twitter.com/iIM6fwntSC

Since both houses of Parliament approved amendments to the citizenship law earlier this month, protests - sometimes violent - have taken place across the country. Multiple protestors have been injured and have died in these protests, especially in Uttar Pradesh and Karnataka.

"What is so complex about leadership, if it is all about leading. Because when you move forward, everybody follows. It is not that simple. It appears simple, but it is a complex phenomenon," Rawat said in his speech.

Soon after his address, Hyderabad MP and AIMIM party leader Asaduddin Owaisi took to Twitter and said leadership "is about knowing the limits of one's office".

"It is about understanding the idea of civilian supremacy and preserving the integrity of the institution that you [Gen Bipin Rawat] head," he tweeted.

Leadership is knowing the limits of one's office.

It is about understanding the idea of civilian supremacy & preserving the integrity of the institution that you head https://t.co/qqbxgGj72j

The anti-CAA protests which initially started in the Northeast, soon spread across the country and intensified after the Delhi Police were accused of entering the Jamia Millia Islamia University without permission and clashed with its students and protesters.