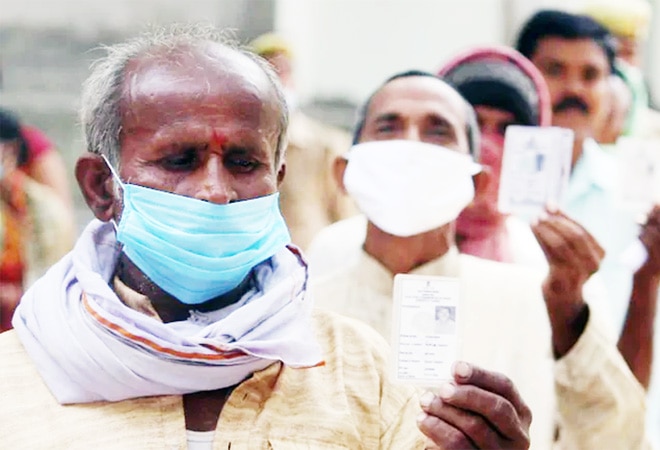 Assam Election: Assam assembly election 2021 is slated to be held in three phases on March 27, April 1, April 6, as announced earlier by the Election Commission of India (ECI).  The voting will take place for 126 seats in the state. The last assembly elections were held in Assam in 2016. The polls were carried out in two phases in which BJP (Bharatiya Janata Party) and its allies had won 86 out of the 126 seats.

All you need to know about the Assam Assembly election 2021

When is Assam assembly election 2021?

The assembly elections in Assam will be conducted in three phases on March 27, April 1, and April 6. 264 candidates are in the fray in 47 constituencies going to polls in the first phase, according to an official release by the office of Chief Electoral Officer (CEO). For 39 assembly seats in the second phase of Assam election 2021, 345 contestants are fighting, while 337 candidates will try their luck in 40 constituencies during the third phase of polling, it added.

In the three-phase Assembly polls in Assam, voting is likely to begin at 8 am and end at 6 pm. Meanwhile, the polling will be prolonged for an extra hour in the wake of the coronavirus pandemic, the office of the Chief Electoral Officer (CEO) said on Wednesday, March 24.

The final counting of votes for the Assam Assembly election 2021 will be conducted on May 2, however, it will be concluded on Tuesday, May 4.

How many constituencies are there in Assam?

In the 126-member Assam Assembly, eight seats are reserved for candidates from the Scheduled Castes (SC), and 16 for the Scheduled Tribes. There are a total of 33,530 polling booths in the state this year, an increase of 34.71% from the last assembly elections held in 2016 in Assam.

Several opinion polls show the BJP coming to power again in the state with a marginal victory. As per some surveys, the BJP-led NDA will log a massive win in the Assam Assembly election 2021. In the 2016 Assembly elections in Assam, the BJP and its allies overthrew Indian National Congress under Tarun Gogoi by winning 86 out of the 126 seats.

Below mentioned is the schedule of the three-phase Assam Assembly Elections 2021.

How many assemblies are there in Assam?

Which parties are popular in Assam?

There are 13 major parties in the fray, comprising two coalitions led by the ruling BJP and Congress. The BJP, which formed its first government in Assam in the 2015 Assembly election, is now looking to secure a second term. Meanwhile, Congress, which was once the strongest player in the state, is trying to reclaim office after being relegated to just 26 seats in the 126-seat assembly.

The main parties pitched against each other in the state of Assam are the ruling BJP and Congress. The BJP has aligned with the United People's Party Liberal (UPPL) and regional Asom Gana Parishad (AGP), while Congress leader Rahul Gandhi is spearheading the election campaign in the state against the ruling party.

The party has formed a coalition, called 'Mahajoth', comprising six other parties. Along with these parties, the Bodoland People's Front (BDF), which fought the 2016 election with the BJP, is now contesting the polls with Congress.

The BJP will be fighting on 92 out of 126 seats, whereas AGP and UPPL will be contesting for 26 and 8 seats. The Congress is fighting from 90 seats, while the rest of the allies will contest for 36 seats.

Although Congress hasn't officially announced its CM candidate as yet, Lok Sabha MP from Kaliabor is being touted as one of the candidates of the Congress if the 'Grand Alliance' forms the government. Meanwhile, there is a third front as well, in the fray, which comprises two parties that were born out of the anti-CAA movement in Assam - The Raijor Dal and the Jatiya Parishad. The two parties have joined forces as the United Regional Front.

Although the ruling BJP hasn't announced its CM candidate yet, there is no clarity if Assam's current CM Sarbananda Sonowal will be second time lucky. However, the position seems open to him as well as the state Health Minister Himanta Biswa Sarma.

Sonowal will fight Assam Assembly election 2021 from Majuli, while Sarma will contest from Jalukbari. The other major party Congress in the fray hasn't also announced the name if its CM candidate in the Assam election 2021. However, the key candidates from the party to watch out for are Debabrata Saikia fighting from Nazira, Ripun Bora contesting the Gohpur seat, and Rupjyoti Kurmi for Mariani.

Lurinjyoti Gogoi, President of the third collation, Jatiya Parishad, is fighting from Duliajan. Meanwhile, activist Akhil Gogoi, who has been in prison for over a year over allegations that he incited the violence during the anti-CAA protests in 2019-20, is fighting his maiden election as part of his newly formed Raijor Dal, or "people's party". He will contest from the Sivasagar constituency.

The first phase of polling will be conducted on March 27 on 47 Assembly constituencies in 12 upper Assam districts.

How many MP seats are there in Assam?

Which is the current government is in Assam?

The current government in Assam is led by CM Sarbananda Sonowal and is the first BJP regime in the state since Independence. In the 2016 Assembly elections in Assam, the BJP and its allies overthrew the Indian National Congress under Tarun Gogoi by winning 86 out of 126 seats.

NOTA, or "None of the Above", is an option on the ballot which enables the voter to officially reject all candidates who are fighting the election. Introduced in India in 2013, the symbol appears in the last panel on all EVMs (Electronic Voting Machines). The Supreme Court envisaged NOTA as a way to cleanse the political system. The main aim of the 'NOTA' option is to empower the voters who do not want to vote for any of the candidates to exercise their right to reject without the breach of the secrecy of their decision.

Confident of India's growth not being affected by 2nd COVID-19 wave: Shaktikanta Das