The Supreme Court of India is all set to deliver its verdict in the nine-year-long Ayodhya Ram Temple issue. The Chief Justice's bench, comprising Chief Justice of India SA Bobde and justices DY Chandrachud, Ashok Bhushan and S Abdul Nazeer will pronounce the judgement at 10:30 am on Saturday.

Meanwhile, security has been beefed up in Ayodhya ahead of the judgement. Reports suggest that around 4,000 paramilitary personnel have been rushed to Uttar Pradesh in preparation for the Ayodhya verdict. Two helicopters, one in Lucknow and another in Ayodhya, have been put on standby to deal with emergencies. A state-level control room has been set up in Lucknow, whereas every district will have its own control room.

The railway police issued a seven-page advisory to all its zones giving them a slew of instructions on security preparedness, sources said. The advisory from the Railway Protection Force (RPF) said leave of all its personnel have been cancelled and they have been instructed to be engaged in escorting trains.

12:00 am: "170 platoons of Karnataka State Reserve Police deployed. We have 2 paramilitary companies stationed at Bengaluru and Mangaluru. Bengaluru will be assisted by CRPF, Mangaluru by RAF. Depending on situation Central Paramilitary can be deployed in any part of state," said Karnataka ADGP (Law & Order) Amar Kr Pandey.

Section 144 (prohibits assembly of more than 4 people in an area) has been imposed in the state of Uttar Pradesh. #AyodhyaVerdict

Anjani Kumar, Commissioner of Police, Hyderabad City: We have taken all necessary measures to keep the situation under control in Hyderabad & to maintain peace and law&order. Special deployment has been done in the sensitive areas in the city. #AyodhyaVerdict

Jammu: Section 144 (prohibits assembly of more than 4 people in an area) has been imposed in all 10 districts of Jammu. All private as well as government schools and colleges to remain closed tomorrow. #AyodhyaVerdict

11:17 pm: Integrated control room set up in Lucknow ahead of Ayodhya case verdict. 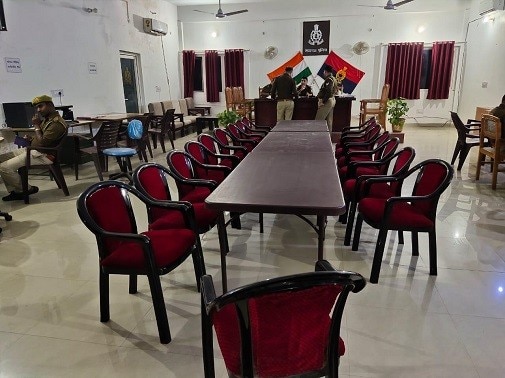 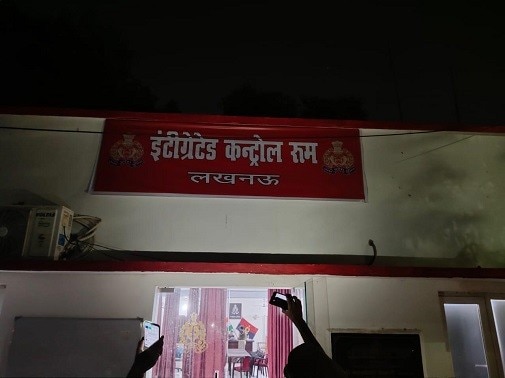 11.11 pm: "It is a testing time for the nation. Though passions on both sides are running high, I would urge the Indian conscience to exercise restraint and demonstrate faith in the judiciary," Syed Ahmed Bukhari, Shahi Imam of Jama Masjid in Delhi, said in a statement ahead of Ayoudhya case verdict.

10:55 pm: Do not preceive Supreme Court as victory or loss; pay no heed to rumours: UP CM Yogi Adityanath.

Collector and District Magistrate of Bhopal on #Ayodhya verdict: Section 144 (gathering of more than 4 people banned) has been imposed in the district. All private & government schools, colleges to remain closed tomorrow. #MadhyaPradesh

10:52 pm: Anand Kumar, DGP & IG Prisons, Uttar Pradesh: "All jail officers/staff to be alerted and be in constant touch with the concerned Distt Admin for any support/needful action required. Keep a vigilant eye on the reaction of the inmates and ensure that their is no communal strife/violence in Jails. Strict vigil should be maintained immediately and stern action be ensured against such elements lodged in jails who attempt to spread communal disharmony. Temporary jails are notified on Need Basis by DMs by exercising powers of DIG Jails statutorily assigned under the Prisons Act 1894. We provide manpower for basic functioning. Police and ancilliary manpower like Home Guards, PVDs, etc. are deployed by district administration for security duties."

10:47 pm: BJP has cancelled is pre-scheduled programmes in Rajasthan and West Bengal.

10:43 pm: Security beefed up by Delhi police at the house of five judges of Supreme court who will announce Ayodhya verdict tomorrow.

10:43 pm: "Prohibitory orders under Section 144 have been imposed in the Bhopal. All private and government schools, colleges to remain closed tomorrow," Collector and District Magistrate, Bhopal.

Chief Minister of Kerala, Pinarayi Vijayan on #Ayodhya verdict: All of us should ensure that our reactions will be peaceful no matter what the verdict be. It should not create any room for hate mongering. State police has been directed to be on high alert. pic.twitter.com/CLl42AZIXR

10:27 pm: Six companies of State Reserve Police Force have been deployed in Vadodara in Gujarat to maintain law and order on the eve of the Supreme Court's verdict on Ayodhya case.

Mumbai Police PRO: Mumbai Police is aware of the situation and we are keeping a close watch. Our preparations for tomorrow have begun. Adequate arrangements are being made. #Ayodhyapic.twitter.com/UDhtHZTkh3

10:18 pm: Our preparations for tomorrow have begun: Mumbai Police ahead of Ayodhya verdict.

Shiv Sena in a press note, on 'Supreme Court to deliver verdict in the #Ayodhya land dispute case tomorrow': We had requested govt to make a law on construction of Ram Temple but Govt didn't do that. Now when SC is giving order, govt can't take credit for it. pic.twitter.com/RAYc9sLt2a

MG Hiremath, Deputy Commissioner of Gadag District: All schools and colleges to remain closed tomorrow as a precautionary measure, ahead of Supreme Court verdict in the #Ayodhya land dispute case tomorrow. #Karnataka

10:04 pm: West Bengal Governor Jagdeep Dhankhar has appealed to the people to maintain communal harmony before irrespective of the Supreme Court judgement in the Ram Janmbhoomi-Babri Masjid land dispute case.

10:03 pm: Meerut Divisional Commissioner Anita Meshram, along with IG Alok Kumar, took stock of the law and order situation on Friday ahead of the apex court verdict in the Ramjanmabhoomi-Babri Masjid land dispute case.

9:58 pm: Delhi Police has beefed up security across the national capital ahead of the Supreme Court's verdict in the Ayodhya land dispute case. The force has asked its top officials to identify sensitive areas in the city for deployment of additional force.

9:55 pm: A 56-year-old man has been arrested in Maharashtra's Dhule district for an objectionable Facebook post on the eve of Supreme Court's verdict in the Ayodhya case.

9:20 pm: A Supreme Court notice has confirmed that verdict in the Ayodhya case will be pronounced by the Chief Justice's bench on Saturday. 3 years after demonetisation cash is still the king!