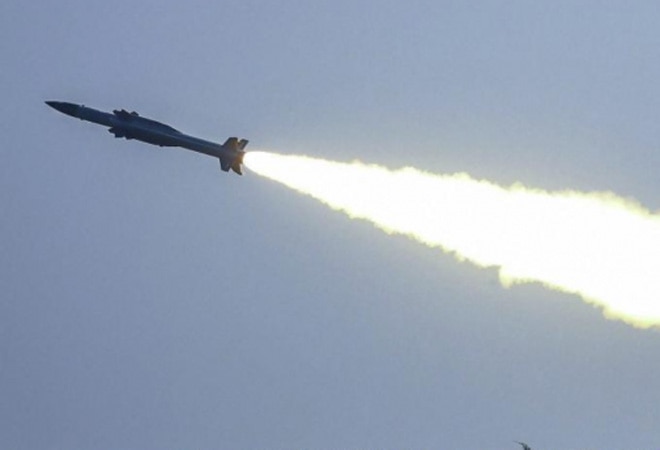 In a major move to boost domestic defence manufacturing, the government on Wednesday approved the export of indigenously-developed surface-to-air Akash missile system and set up a panel to ensure faster approvals for acquisition proposals by various countries.

The Akash missile systems have over 96 percent indigenous components and the weapon can hit targets at a range of 25 km.

Defence Minister Rajnath Singh said the export version of Akash missiles would be different from the system currently deployed with Indian armed forces.

The decision to export the missile systems was taken at a Cabinet meeting presided by Prime Minister Narendra Modi.

"Under the #AtmaNirbharBharat, India is growing in its capabilities of manufacturing a wide variety of Defence platforms & missiles. The Cabinet chaired by PM @narendramodi ji today approved the export of Akash Missile System and a Committee for faster approvals has been created," Singh tweeted.

"The export of big platforms was minimal. This decision by the Cabinet would help the country improve its defence products and make them globally competitive," the defence minister said.

Singh said the government intends to focus on exporting high-value defence platforms with an aim to achieve a target of USD 5 billion in defence exports and improve strategic relations with friendly foreign countries.

The government has been majorly focusing on boosting domestic defence production and set a target of Rs 1.75 lakh crore (USD 25 billion) turnover in defence manufacturing by 2025.

According to estimates, the Indian armed forces are projected to spend around USD 130 billion in capital procurement in the next five years.

In May, Finance Minister Nirmala Sitharaman rolled out a number of reform measures for the defence sector including making separate budgetary outlay to procure Indian-made military hardware, increasing FDI limit from 49 percent to 74 percent under the automatic route and generating a year-wise negative list of weapons which won't be imported.

In August, Singh announced that India will stop the import of 101 weapons and military platforms like transport aircraft, light combat helicopters, conventional submarines, cruise missiles and sonar systems by 2024.

Subsequently, the defence ministry released the first list of items, with a detailed timeline, whose import won't be allowed. The decision was aimed at promoting the domestic defence industry.

In a related development, the Defence Research and Development Organisation (DRDO) identified 108 military systems and subsystems like navigation radars, tank transporters and missile canisters for the domestic industry to design, develop and manufacture.