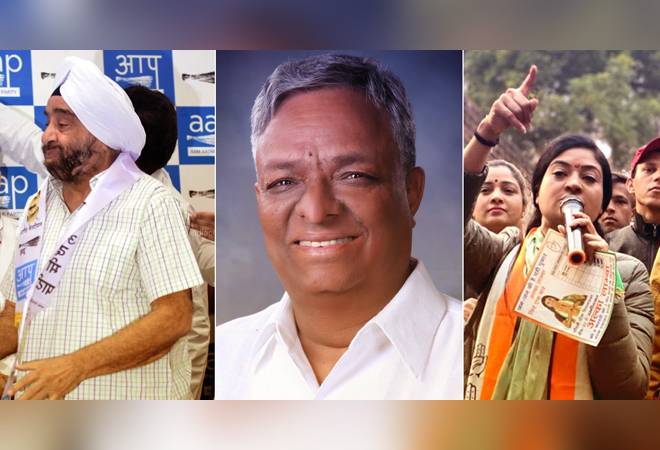 Delhi Election Results 2020: As per reports, the voter turnout in Chandni Chowk stood at 60.91 per cent

Delhi Election Results 2020: One of the most hard-fought contests during the Delhi assembly polls has taken place in Chandi Chowk between Aam Aadmi Party's Prahlad Singh Sawhney, Bharatiya Janata Party's Suman Kumar Gupta and Congress' Alka Lamba. Sawhney is likely to win from the Chandi Chowk constituency, according to India Today-Axis My India exit poll.

Sawhney's victory would come as a major upset for Alka Lamba who quit AAP to join Congress. Congress might end up not bagging any seat in the Chandni Chowk district at all. Lamba contested the 2015 elections on an AAP ticket from Chandi Chowk and defeated Gupta. Meanwhile, Sawhney who had fought on a Congress ticket then had finished third in the 2015 elections.

Lamba quit the Arvind Kejriwal-led party in September 2019. She severed ties with AAP and the CM after disagreements and a public spat. During the Delhi Elections 2020 conducted on February 8, Lamba made headlines as she tried to slap an AAP worker who reportedly passed comments about her son. Police officers intervened as she tried to hit the AAP worker at a polling booth in Majnu Ka Tila. Lamba also sought an FIR after the incident.

On the other hand, AAP candidate Sawhney had started his career with the Congress and won from the Chandni Chowk constituency four times before losing to Lamba in 2015.  He joined AAP in October 2019.

Suman Kumar Gupta, BJP's candidate in the fray is a former councillor and a notable leader in the area. He contested the 2013 and 2015 elections but was defeated both times. The last time BJP won from the Chandni Chowk seat was in 1993 when Vasdev Kaptain contested the elections.