Chandrayaan-2 Landing: According to an ISRO scientist, the Orbiter is healthy, intact, functioning normally and safely in the Lunar orbit. The mission life of the 2,379-kg Orbiter is one year 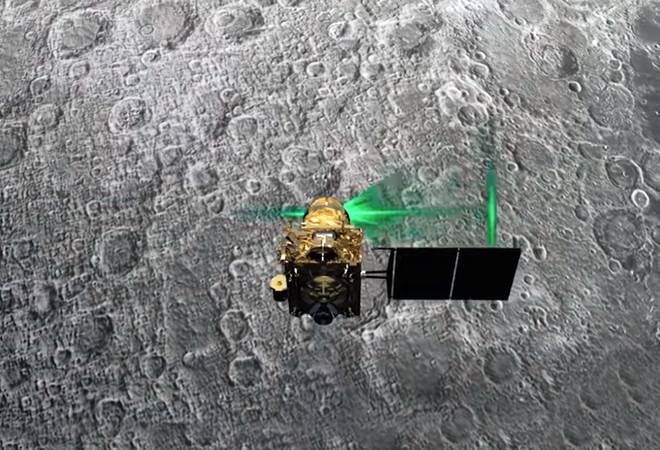 Chandrayaan-2 Landing: The Orbiter payloads will conduct remote-sensing observations from a 100 km orbit

India's attempt to create a history by becoming the first nation to land close to the south pole of the Moon has turned to despair after Chandrayaan 2's lander 'Vikram' lost communication with the ground stations on Saturday just ahead of the soft landing. The snag occurred minutes after the module began the fine braking phase of its descent to the unexplored lunar South Pole.

All is not lost though, as the Orbiter which ferried lander Vikram and rover Pragyan to the Moon's orbit remains functional.

According to an Indian Space Research Organization (ISRO) scientist, the Chandrayaan-2 Orbiter is healthy and safe in the Lunar orbit.

"The Orbiter is healthy, intact, functioning normally and safely in the Lunar orbit," the official told news agency PTI.

The mission life of the 2,379-kg Orbiter is one year. The Orbiter payloads will conduct remote-sensing observations from a 100 km orbit.

It carries eight science payloads, highest among the three modules of Chandrayaan 2, and will continue to conduct remote-sensing observations from a 100km orbit for one year.

In the early hours of Saturday, communication from Vikram lander to ground stations was lost during its powered descent to the Lunar surface, ISRO said.

"Vikram lander descent was as planned and normal performance was observed up to an altitude of 2.1 km. Subsequently, the communication from lander to ground stations was lost," ISRO Chairman K Sivan said.

The Indian space agency is now examining available information to ascertain what went wrong at the last minute with the soft landing of Vikram. The module was responsible for placing the rover Pragyan on the Moon as well as collecting crucial information about soil composition, atmosphere and seismic activities around its designated landing site.

Chandrayaan-2 Vikram lander, rover may have been lost: report