Chandrayaan-2: ISRO Chairman K Sivan says the agency's next mission will be Gaganyaan -- ISRO's ambitious manned mission Gaganyaan, scheduled to be launched in 2022 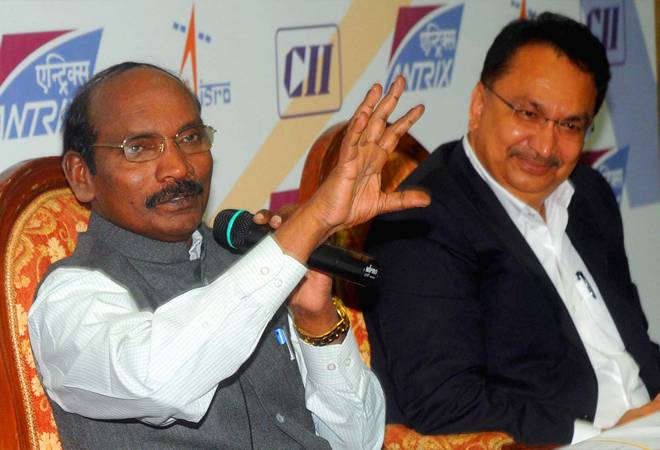 While Chandrayaan-2 was meant for soft-landing of Vikram on the lunar surface, Gaganyaan's mandate will be to send the astronauts to space and bring them back to earth safely.

Indian Space Research Organisation Chairman K Sivan said the space agency had not been able to establish contact with the Vikram lander as the 14-day deadline for its mission ended on Saturday. The ISRO chief, however, assured that the premier space agency would dig deep to understand what exactly went wrong with the Vikram lander before it lost contact with ISRO. The ISRO Chairman said the agency's next mission would be Gaganyaan -- its most ambitious manned mission, which is cheduled to be launched in 2022.

While Chandrayaan-2 was meant for soft-landing of Vikram on the lunar surface, Gaganyaan's mandate will be to send the astronauts to space and bring them back to earth safely. "Chandrayaan 2 orbiter is doing very well. There are eight instruments in the orbiter and each instrument is doing exactly what it meant to do. But we have not been able to establish communication with the lander yet," the ISRO Chairman K told ANI. He added the agency would try to understand what happened to the lander. "That is our first priority," Sivan said.

ISRO Chief K Sivan: Chandrayaan-2 orbiter is doing very well. There are 8 instruments in the orbiter & each instrument is doing exactly what it meant to do.Regarding the lander, we have not been able to establish communication with it. Our next priority is Gaganyaan mission. pic.twitter.com/eHaWL6e5W1

The world's top space agency NASA (National Aeronautics and Space Administration) also tried to help the ISRO by taking pictures of the touchdown site -- through its Lunar Reconnaissance Orbiter (LRO) -- to locate the Vikram lander's position on the Moon but to no avail. NASA said the LRO camera instrument's had sent the pictures of the intended Moon touchdown site for Vikram but shadows in the area could not capture its exact position.

"It was near dusk as the region prepares to transition from a two-week lunar day to an equally long lunar night, so shadows covered much of the region, and Vikram may not be in the LROC's field of view," Aviation Week quoted NASA as saying. NASA is expected to share images of the touchdown area -- before and after lunar night -- to support analysis by ISRO. NASA added that during LRO's flyover on September 17, the entire touchdown area was near dusk. It posed a challenge in capturing images due to poor lighting.

Meanwhile, after Chandrayaan 2, the ISRO plans to send three Indians to space by 2022, an announcement made by Prime Minister Narendra Modi during his last Independence Day speech. ISRO will also launch Aditya L-1, India's first solar mission, by next year. There are also plans to build a space station and launch interplanetary missions to Mars and Venus.

Madhya Pradesh hikes VAT on liquor, petrol and diesel by 5%

Hundreds of farmers from UP march towards Delhi with demands