Coronavirus: How countries are bracing up for economic slowdown

Coronavirus outbreak:  As many as 19 nations have announced rescue packages to companies hit by COVID-19, so far 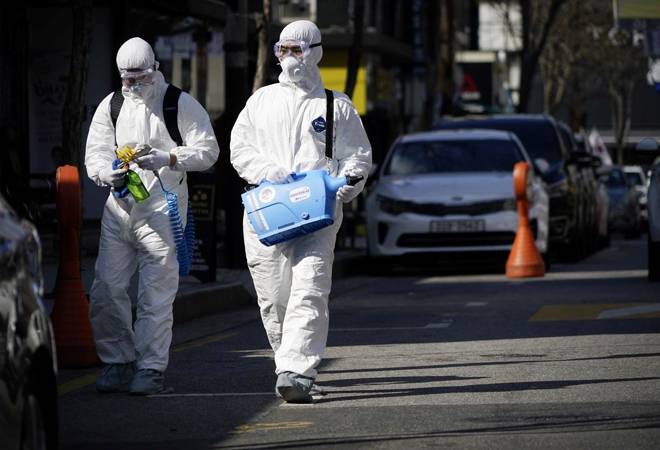 Coronavirus has taken 8,967 lives across the world in just three months and has infected more than 2 lakh people around the world.

Facing an economic maelstrom, global economies have begun to deliver a robust fiscal response to tackle the coronavirus outbreak. Nations across the world have come up with a mixture of tax incentives, loan guarantees, wage subsidies in order to shield their citizens as well as its enterprises from the devastating effects of the pandemic.

The deadly virus which originated in the Wuhan province of China, has taken 8,967 lives across the world in just three months and has infected more than 2 lakh people. While scientists race against time to develop a cure from the deadly COVID-19, here's a full list of measures taken by governments to tackle its impact on global economy:

On March 6, 2020, President Donald Trump signed a spending bill of $8.3 billion to fight the pandemic. On March 13, the USA government announced a state of emergency, allowing the Federal Government to distribute up to $50 billion in financial aid to states, cities, and territories. On March 17, the Trump administration proposed a stimulus package of $1 trillion in order to fight the coronavirus-driven economic slowdown.

The Peoples Bank of China (PBoC) has implemented several policies to provide economic relief during the coronavirus outbreak. On February 3, the bank expanded reverse repo operations by $174 billion. It added another $71 billion on February 4. On March 5, the Chinese authorities allocated 110.48 billion Yuan ($15.93 billion) for coronavirus-related funding. On March 13, China's central bank lauched $79 billion stimulus effort to help the country's ailing economy. The People's Bank of China cut reserve requirements for banks that will free up to $78.8 billion in funds that will aid the firms affected by the COVID-19 outbreak.

Till date, Indian government has not announced any stimulus packages for companies or businesses. However, the centre has been proactive in controlling the number of coronavirus cases. Dr Arun Singh, chief economist, Dun & Bradstreet India said, " At this point of time we are more worried about the controlling perspective of the epidemic. I expect, in a week or two, there will be an advisory by the Finance Ministry or the PMO on the economic action that they will be taking to keep the economy floating".

Acknowledging the coronavirus-forced economic slowdown, he added, "We should give government some time because it is an unexpected shock". He also said that the surge in coronavirus cases were recent - not older than two weeks. "Before they (government) announce any stimulus measure, they also need to see impact on people from various sectors. Haphazard announcements will only lead to increased fiscal deficit and productive output," he added.

Italy, which recorded over 2,500 hundred deaths due to the coronavirus pandemic, has announced a rescue package of up to 25 billion euros ($28 billion) on March 16. The 25-billion-euro package includes- 10 billion euros allocated to support employment, 3.5 billion euros to strengthen healthcare system and individual cash bonuses to the Italians still working during country-wide lockdown. The package also include loan guarantees to small and medium businesses hit by the crisis. The Italian government has also laid out measures to provide citizens financial relief. Itialian families can now apply for permission to suspend their mortgage payments if business shutdowns due to coronavirus threaten their livelihoods. Additionally, a monthly subsidy of 600 euros have been announced for 5 million workers including those self -employed or seasonal workers. And, parents have been entitled to claim up to 600 euros from the government in order to pay babysitters amid the COVID-19 pandemic.

On March 14, Germany announced that it would provide a stimulus package of up to 550 billion euros ($610 billion) to companies hit by coronavirus. The government has also relaxed tax norms for German enterpises hit by the pandemic. The companies are now allowed to defer billions of euros in tax pre-payments. The German government is also expanding its subsidies to compensate jobless people. The state of Bavaria, which is home to BMW and Siemens, has launched a fund of 10 billion euros ($11.21 billion) to buy stakes in companies, struggling due to the outbreak.

The country has pledged 10 billion Swiss Franc ($10.5 billion) in aid for its companies. Its aid programme is targeted at small businesses and freelancers who have been hit by government enforced lockdowns amid the coronavirus epidemic.

The Emmanuel Macron government has launched an "exceptional and massive" initiative to pay workers, who have lost jobs due to the coronavirus mayhem. On March 17, the president guaranteed 300 billion euros ($335 billion) worth of loans to help businesses get through the coronavirus crisis.

France government also announced that it will mobilise 45 billion euros ($50.22 billion) in crisis measures to help its companies stay afloat.

An amount of 200 billion euros ($220 billion) have been sanctioned by the Spanish government to fight the coronavirus epidemic. It is the largest financial aid in the country's democratic history. Of the total 200 billion euros sanctioned, 117 billion euros will be mobilised by the state, while the rest will come from private companies in Spain. The government has also promised loan guarantees of 100 billion euros for small and medium-sized businesses hit by the pandemic.

The Boris Johnson government has also waived off business rates (tax on non-domestic properties) for this financial year and the insurers have been asked to pay out to firms covered for pandemics. Simultaneously, the Bank of England said that it would set up a new lending facility for affected businesses.

The Indonesian government initially announced 10.3 trillion rupiah ($727 million) rescue package to support consumer spending and tourism in the country. The announcement was then followed up by a second stimulus package of 120 trillion rupiah ($ 8.1 billion) to further support its economy amid the COVID-19 outbreak. An amount of 22.9 trillion rupiah has been allocated from the package to aid loan disbursement towards businesses affected by the pandemic. In addition to this, the government has given 30 per cent corporate tax discount for the next six months.  Apart from that, workers in the manufacturing sector with income below 200 million rupiah would be exempted from paying income taxes for the upcoming six months. Finally, the Indonesian government will also allocate some funds from the rescue package on social welfare and rural development as well as on measures to boost household expenditure.

UAE has launched fresh initiatives under "Ghadan 21" to boost small and medium enterprises. The country has pledged $100 billion dirham ($27.2 billion) to fight the coronavirus outbreak. This includes 5 billion dirham of water and electricity subsidies for citizens and industries. The UAE has also curbed toll taxes till the end of 2020. 3 billion dirham has been allocated to SME credit guarantee scheme. The stimulus package also includes 1 billion dirham to establish market funds to enhance liquidity. Lastly, the government has also announced 20 per cent refund on rent paid by tourism and entertainment sector.

The Thai cabinet has approved $17.6 billion to help alleviate the impact of coronavirus epidemic. The package includes 150 billion baht of soft loans at 2 per cent interest rates. The government has also announced that it will set up a 20 billion baht fund to help firms or workers affected by the coronavirus outbreak. The government has urged central bank to protect debtors and has decided to offer relaxed debt repayments and lower interest rates for businesses suffering due to the coronavirus outbreak. Moreover, the government has decided to exempt import duties on materials used for making face masks.

The Malaysian cabinet has approved 20 billion Malaysian ringgit ($6.6 billion) financial stimulus to tackle the impact of coronavirus. The government led by PM Mahathir Mohamad announced that travel agencies, hotels, airlines, shopping malls will get 15 per cent discount on monthly electricity bills for six months beginning from April. Hotels will be exempted from service taxes till the month of August.

Japan has passed two rescue packages-one $4.6 billion package in February, and a $15 billion package on March 11. The most recent spending bill also includes $4 billion for a number of programs including boosting mask production and stopping the virus from spreading to nursing homes.

The Irish government has announced emergency financial assistance of 100 million pounds to help businesses impacted by COVID-19. All the businesses hit by the virus will pay zero taxes for the next three months. Besides, the government has also approved deferral of rate bills for the residents of Northern Ireland.

Turkey has announced $15.5 billion stimulus package on March 18, in order to protect small businesses, workers, exporters and pensioners from the impact of coronavirus.

Under this rescue package, Turkish government will provide three-month deferral of loan payment by firms. It will also provide financial support to the companies affected due to the virus outbreak.

Disclaimer: This is a developing story. Information provided here will be updated accordingly.