While starvation is just one of the concerns, unexpected loss of income and savings can have serious consequences, even if meals are secured for now, said economists 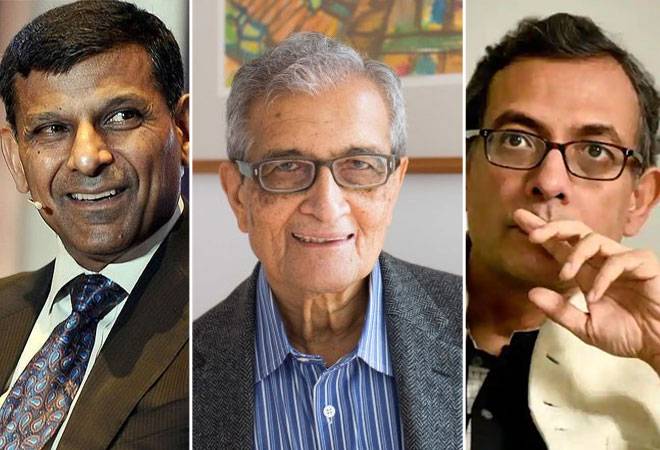 Leading economists are making the case for sensible use of public spending to deal with poverty in the aftermath of the crisis due to job losses and interruptions in the standard delivery mechanisms amid coronavirus outbreak. Economists Amartya Sen, Raghuram Rajan and Abhijit Banerjee have suggested measures to deal with the coronavirus crisis that has pushed thousands of people into dire poverty.

"As it becomes clear that the lockdown will go on for quite a while, in a total or a more localised version, the biggest worry right now, by far, is that a huge number of people will be pushed into dire poverty or even starvation by the combination of the loss of their livelihoods and interruptions in the standard delivery mechanisms," the economists wrote in The Indian Express today.

Given that lives and livelihoods of India's poor are at stake, it has become even more important to help them to avoid large scale defiance of lockdown orders, as starving people have little to lose. "We need to do what it takes to reassure people that society does care and that their minimum well-being should be secure," Amartya Sen and Abijit Banerjee, both Nobel laureates in Economics, and Raghuram Rajan, ex-RBI governor wrote.

Economists opined that the government must consider giving away some of the existing stock of food at the Food Corporation of India (FCI), which stood at 77 million tonnes in March 2020. According to them, the stock is higher than ever, and more than three times the "buffer stock norms". "This is likely to grow over the next weeks as the Rabi crop comes in."

At a time of national emergency, it makes perfect sense to dispose of some of the existing stock, they said, adding that "any sensible public accounting system should not portray it as inordinately costly".

On government's food distribution scheme, economists said that though the Centre has shown a willingness to use the stocks, but it is quite likely that it would not be enough for survival as the process of reopening the economy post lockdown will take time.

Last month, the government had announced supplementary PDS (public distribution provision) of 5 kg per person per month for the next three months.

The economists suggested that the government should "issue temporary ration cards - perhaps for six months - with minimal checks to everyone who wants one and is willing to stand in line to collect their card and their monthly allocations". "The cost of missing many of those who are in dire need vastly exceeds the social cost of letting in some who could perhaps do without it," they said.

While starvation is just one of the concerns, the unexpected loss of income and savings can have serious consequences, even if the meals are secured for now," the economists said, adding that farmers need funds to purchase seeds and fertiliser for the next planting season.

On the government's scheme to provide cash transfers to farmers, the economists said that the amounts are both small and narrowly targeted. Raising question over the exclusion of landless labourers and urban poor under the scheme, they said that "the priority should be to err on the side of being inclusive".

Endorsing former Finance Minister and senior Congress lender P Chidambaram's idea of providing Rs 5,000 each to poor households, they said that it seems like a good first step. Chidambaram had suggested idea of using the MGNREGA rolls from 2019, plus those covered by Jan Arogya and Ujjwala, to identify the poor households and to send them Rs 5,000 each to their Jan Dhan accounts.

As part of the commitment to not miss the needy, there has to be funding available that state and local governments may use to find effective ways to reach those who suffer from extreme deprivation, they said.