From intensifying crackdown on those violating the traffic rules to enforcing the compulsory use of masks, the Centre has also instructed the state government to impose stricter fines and rules to make people comply with the COVID-19 related guidelines 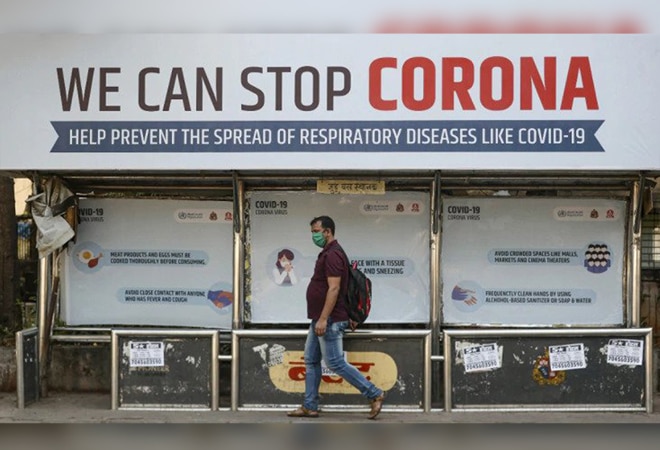 To stem the further spread of the coronavirus pandemic, state governments across India have been penalising violators. In order to deter people from offenders, the respective state administrations, police and other agencies are imposing hefty fines.

From intensifying crackdown on those violating the traffic rules to enforcing the compulsory use of masks, the Centre has also instructed the state government to impose stricter fines and rules to make people comply with the COVID-19 related guidelines.

Here are how states are imposing fines on general public in case of non-compliance with COVID-19 rules:-

Tamil Nadu: The state government has announced Rs 200 fine on those not wearing face masks/covers in public, Rs 500 for spitting in public, and violating quarantine and social distancing norms. Furthermore, violating SOPs (standard operating procedures) in gyms, salons, spas and commercial establishments will attract a penalty of Rs 5,000.

Jharkhand: The Jharkhand cabinet has levied a fine of up to Rs 1 lakh along with 2 years of imprisonment against violators of coronavirus-related guidelines. The decision was taken by the state cabinet in July this year.

Chandigarh: The Chandigarh administration has also passed similar orders as Delhi using Section 188. The adviser to the administrator of Chandigarh Manoj Parida has passed orders under which offenders could be incarcerated for a period of up to six months. The decree also makes it mandatory for people to wear face masks/covers while riding their personal two-wheelers and four-wheeler vehicles. The union territory's administration will also charge Rs 2,000 fine for violation of social distancing norms, whereas, those spitting in public will be charged Rs 500 as penalty. The administration has also released the revised amount of penalties for violation of COVID-19 related rules with the maximum fine of Rs 3,000.

Ahmedabad: The paan shop owners will be fined Rs 10,000 if people are found spitting in the proximity of their shops. The Ahmedabad Municipal Corporation (AMC) had earlier increased the fine from Rs 200 to Rs 500 for not wearing face mask/cover and spitting in public places. The enforcement of COVID-19 related rules has been strict in the city.

Kerala: The state government has also toughened its position against habitual offenders by imposing a penalty of Rs 5,000. Meanwhile, first-time violators of COVID-19 related guidelines are only being charged Rs 200.

Also Read: You'll be fined if you don't do these 8 things in Delhi metro

Odisha: In line with the Kerala government, the dispensation in Odisha has also adopted the mechanism of proportionately increasing the penalty with each offence. The (state) government has levied a Rs 200 fine for the first three offences, following which it is increased to Rs 500 for every ensuing offence.

Haryana: The state government has also adopted similar guidelines as that of Odisha. Haryana Home Minister Anil Vij had said earlier that the state government had authorised Block Development Officers, Tehsildars, and other officers in higher authorities to charge a fine of Rs 500 from offenders.

Gwalior, Madhya Pradesh: The city administration has found a unique way of punishing COVID-19 rules violators. According to a rule passed by Gwalior Collector Kaushlendra Vikram Singh, the offenders will have to work as volunteers in police check posts, and hospitals for three days. However, this is apart from the monetary fines which will also be imposed on the offenders.

Pune, Maharashtra: Violators of COVID-19-related rules will be fined Rs 500 in Pune which is one of the worst-hit cities in Maharashtra. The decision regarding this was taken by Shekhar Gaikwad, Commissioner, Pune Municipal Corporation (PMC) in June this year. Following instructions from Maharashtra Deputy Chief Minister Ajit Pawar as well as Union Minister Prakash Javadekar, the Pune Police have stepped up their crackdown on motorists not complying with the mandatory use of face masks/covers. The police, for around the last two weeks, have been imposing the Rs 500 fine on each violator, thereby penalising over 3,000 offenders per day.

Mumbai, Maharashtra: According to the Brihanmumbai Municipal Corporation (BMC), those not wearing face masks/covers in public will be fined Rs 200 from September 13. 10-15 officials in each ward will collect fines which has been lowered significantly from Rs 1,000. The BMC in many cases has also issued warnings to thousands of people. The city municipal corporation, despite increasing house-to-house surveys and tests, will also review containment zones regularly.

Nagpur, Maharashtra: Maharashtra Home Minister Anil Deshmukh said people in Nagpur will be fined ?500 instead of ?200 from September 14 for not wearing masks amid the coronavirus outbreak. Speaking to reporters, he said all precautions must be taken and social distancing norms have to be followed strictly until such time as a vaccine is developed for COVID- 19.

Delhi: Delhi Chief Secretary Vijay Dev had earlier passed an order whereby offenders could be jailed for a period of up to six months. The rule was passed under Section 188 (Disobedience to an order passed by a public servant). Additionally, a penalty ranging between Rs 200 to Rs 1,000 could also be levied on those coming out of their houses without wearing a face mask/cover. Lt Governor Anil Baijal has empowered, health, revenue and police officials to impose fines of up to Rs 1,000 for violations of COVID-19 rules. A fine of Rs 500 will be imposed on first-time offenders and Rs 1,000 for repeat offenders. Till September 8 (2020), Delhi Police had fined over 27,000 people for not wearing masks and over 3,000 for spitting in public. Delhi traffic police will also levy a fine of Rs 500 if more than one person travels in a car without a face mask/cover.

Noida, Uttar Pradesh: People not wearing masks will be fined Rs 500 on the Noida Metro. Meanwhile, those spitting in public will be penalised Rs 100 fine, which is for first time offenders, and Rs 500 for repeat offenders. Any subsequent offence thereon will attract stricter action, including a possible jail term.

Bihar: The state government has levied a penalty of Rs 50 on those not wearing face masks/covers at public spaces and offices. The penalty will be imposed under Section 188 (disobedience to an order duly promulgated by a public servant) of the IPC.