Delhi Election 2020 exit poll live streaming: The exit polls for the Delhi elections will be released post voting on February 8 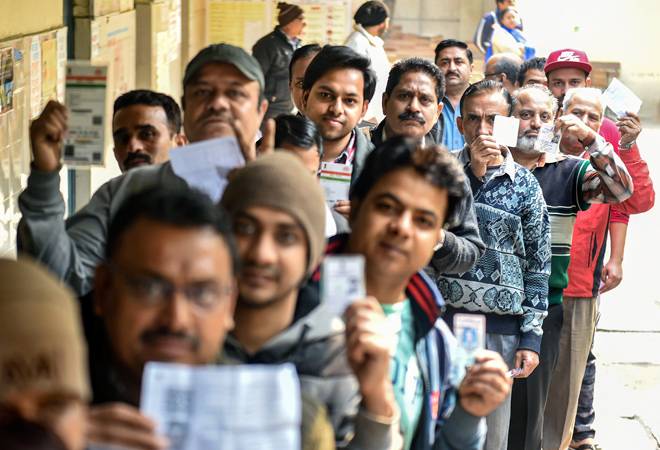 Delhi Exit Poll Results 2020: The polling for the Delhi election 2020 is underway on Saturday. The voting in Delhi started at 8 am today and will end at 6 pm. The counting of the votes polled in all the 70 Assembly constituencies in Delhi will happen on February 11. The result of Delhi polls 2020 will also be announced on the same day.

The exit polls for the Delhi elections will be released post voting on February 8. In January, Chief Election Commissioner Sunil Arora prohibited media organisation to publish exit polls in any manner during polling hours (8 am -6 pm).

What are exit polls?

Exit polls are basically a poll or survey of voters that is conducted immediately after they cast their votes. While election opinion polls try to gauge the mood of the nation by asking people who they are likely to vote for, exit polls ask voters which party did they actually vote for. Such polls are conducted by various organisations which use different methods for the purpose. But, it's important to note that this is, ultimately, just educated crystal-ball-gazing and not necessarily the writing on the wall.

Where to watch live coverage of Delhi election exit poll?

The tenure of the current Delhi Legislative Assembly ends on February 22. The highly charged Delhi Election 2020 is a three-cornered contest between the incumbent Aam Aadmi Party (AAP), the Bharatiya Janata Party (BJP) and the Congress.

In 2015, AAP had swept the Delhi Election 2015 with a landslide majority. It won a total of 67 seats and the BJP was reduced to only three seats. The Congress, which was dethroned by the AAP in 2014, did not win a single seat.