Pollution in Delhi: Experts say the situation could deteriorate further as with winter setting in, a dip in the minimum temperature makes the air cold and heavy leading to accumulation of pollutants close to the ground 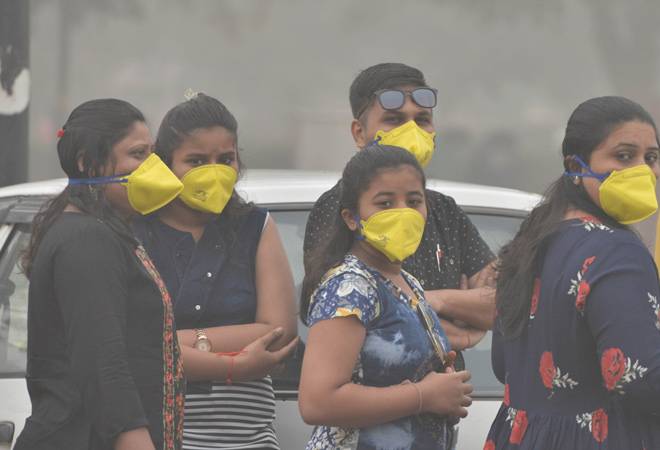 With the Delhi government announcing two-day relaxation of the odd-even scheme in wake of Guru Nanak Jayanti, the air quality level across Delhi-NCR deteriorated to 'severe level and beyond' in almost all areas, except JLN Stadium, on Tuesday. The government's Air Quality Index (AQI) data says major pollutants, PM 2.5 and PM 10, were recorded at 456 (severe) and 287 (poor), respectively, in Lodhi Road area on Tuesday morning. 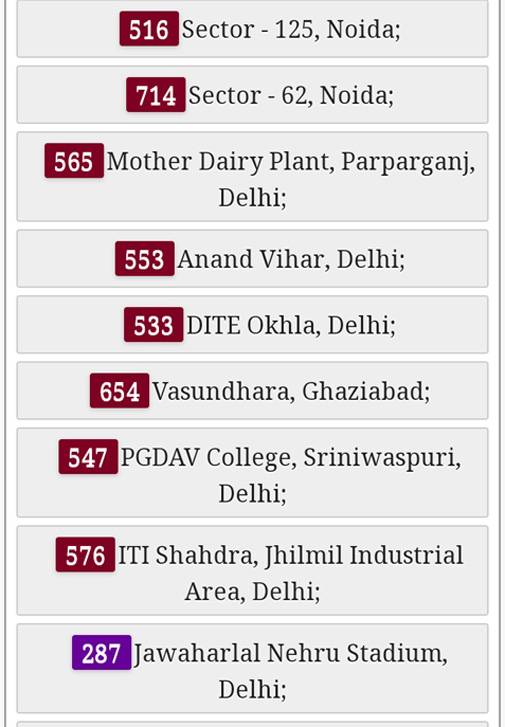 Kuldeep Srivastava, head of the India Meteorological Department's regional weather forecasting centre, told PTI the spike in pollution levels could be attributed to a significant decline in the wind speed -- from 20 kilometers per hour over the last two days to 10 kilometers per hour on Monday. He said incidents of stubble burning in Haryana and Punjab had increased and northwesterly winds had been bringing more farm fire plume to the Delhi-NCR region. A dip in the temperature has also led to the accumulation of pollutants near the ground, he said.

SAFAR said the effective stubble fire count on Sunday was 1,846. "Stubble plume intrusion is expected to increase and a decrease in surface wind speed over the Delhi region is predicted for the next two days," it added.

The national capital had a sigh of relief last week after pollution level dipped following favourable wind direction and the Delhi government's implementation of the odd-even scheme. However, SAFAR experts say the situation could deteriorate further as with the winter setting in, a dip in the minimum temperature makes the air cold and heavy leading to accumulation of pollutants close to the ground.

Meanwhile, the Supreme Court-mandated anti-pollution authority EPCA on Monday said dirty fuel-based industries in Delhi and its suburbs will remain shut till the morning of November 13. The Environment Pollution (Prevention and Control) Authority also extended the ban on hot-mix plants and stone-crushers in Delhi-NCR till Wednesday morning.