Trump to stay at ITC Maurya's Chanakya Suite; here's how much it costs a night

Chefs at ITC Maurya hotel in Delhi have planned different cuisine themes for POTUS; the couple will likely be served a Trump platter along with signature Dal Bukhara at the luxurious hotel 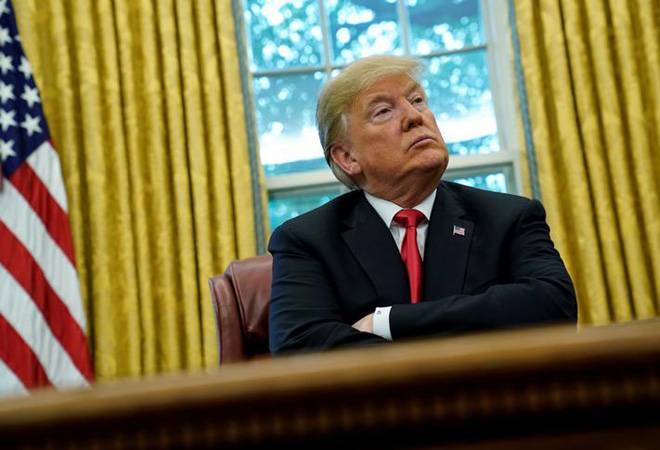 Donald Trump, along First Lady Melania, will be the fourth US President to stay at ITC Maurya's Grand Presidential Suite

The wait for the much-anticipated visit by world's most powerful man will be over soon as US President Donald Trump is set to arrive in India shortly. Trump will be on two-day visit to India, during which he'll stay in at ultra luxurious Chanakya Suite of ITC Maurya hotel on Sardar Patel Marg in Delhi. POTUS or President Donald Trump, along with Flotus or First Lady Melania, will become the fourth US President to stay at the Grand Presidential Suite in the national capital.

Trump will be accorded a traditional Indian welcome with a rangoli-made from flowers and other biodegradable materials, according to news agency IANS. However, it's not confirmed whether there will be elephant during the welcome ceremony. Notably, elephant not just represents India but is also a mascot of Trump's Republican party.

The grand presidential suite is on the 14th floor of the luxurious property. Chanakya suite has a silk panelled walls, dark wood flooring and masterly artwork. The suite comprises a reception, living room, a study and 12-seater dining room. The suit also has a huge bathroom with pearl accessories and a mini-spa and gymnasium. The Presidential Suite also guarantees exclusive access to a business courtyard and a summit lounge.

The chefs at the ITC Maurya's hotel have planned different cuisine themes for POTUS. The chefs are also preparing a Trump platter, along with signature Dal Bukhara. The President may also experience tandoori delights at Bukhara, which was also served to Bill Clinton and Barack Obama during their presidential tenure. An assortment of baked delicacies, personalised with a collage of photographs of the couple, might also be present in the presidential suite.

Moreover, Trump will have a valet waiting beck-and-call led by the presidential floor butler who will ensure the US First Couple's every wish is fulfilled. The Chanakya's suite has already stocked up on Trump's favorite -- Diet Coke and Cherry Vanilla ice-cream. The US First Couple will also be provided with their own private chef so that they can prepare any kind of food they want in a jiffy.

The Chanakya suite spans 4,600 square feet and costs around Rs 8,00,000 per night. It includes steam and sauna areas in addition to living quarters. Before Trump, the other US presidents who stayed in the ITC Maura included Bill Clinton, George W Bush and Barack Obama. Other dignitaries who had previously stayed at the facility include the Dalai Lama, Tony Blair, Vladimir Putin, King Abdullah and the Sultan of Brunei.