'In our house we grow tulsi, ganja fields are in your state': Uddhav Thackeray slams Kangana Ranaut

In a not-so-veiled attack on Kangana Ranaut, Thackeray said some people come to Mumbai for bread and butter and abuse the city by calling it Pakistan occupied Kashmir 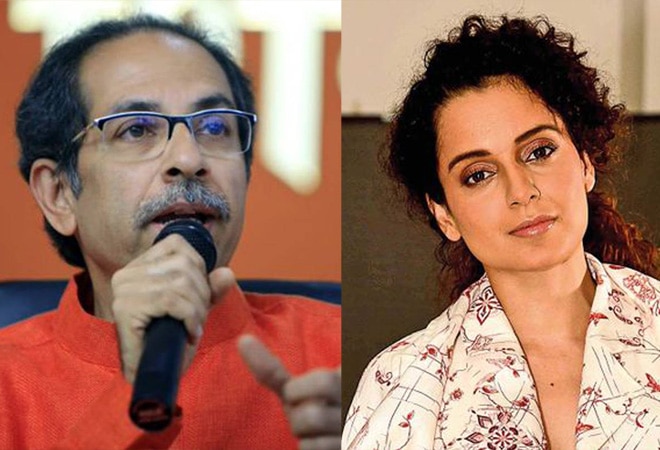 Maharashtra Chief Minister Uddhav Thackeray slammed actor Kangana Ranaut at the Shiv Sena's annual Dussehra rally.  In a not-so-veiled attack on Kangana Ranaut, Thackeray said some people come to Mumbai for bread and butter and abuse the city by calling it Pakistan occupied Kashmir (PoK). Thackeray continued criticising Kangana by saying, "They don't know in our house we grow tulsi, not ganja. Ganja fields are in your state, you know where, not in our Maharashtra".

Thackeray added, "Those who don't even get proper food in their state, come here, make money and then become namak-haram by comparing Mumbai with Pakistan Occupied Kashmir and defame the state".

The Maharashtra Chief Minister also broke his silence on allegations against his son Aaditya Thackeray in the Sushant Singh Rajput death case. "Someone who committed suicide is now a Bihar son. He may be, but because of him, you maligned sons of Maharashtra. You even maligned my son Aaditya. So, whatever you said, keep it yourself. We are clean," he said.

After actor Sushant Singh Rajput's death, Kangana compared Mumbai to Pakistan occupied Kashmir (PoK). She added that she did not feel safe in the city. After her statement, Shiv Sena leader Sanjay Raut threatened her not to come back to Mumbai.

Kangana has been very vocal about Sushant's death case after Mumbai Police declared that he died by suicide in its preliminary investigation. The actress has now pivoted to attacking the Maharashtra government and the police for other issues like coronavirus cases, floods, and others.