While Ratan Tata lauded government's "vision", N Chandrasekaran called for a change in economic and business culture to promote growth 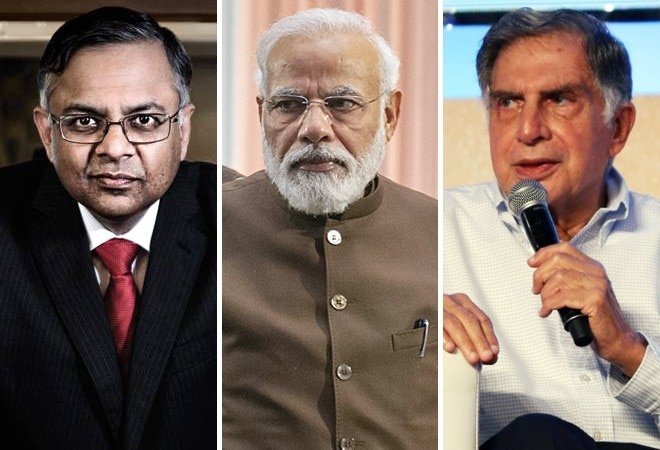 Tata Sons patriarch Ratan Tata recently advocated support for the "visionary" government led by Prime Minister Narendra Modi. But a day later, company's Chairman, N Chandrasekaran complained about businesses in India being stifled by unwarranted suspicion and micromanagement. These remarks come amid an economic slowdown the Modi government has not yet been able stem.

"Our Prime Minister, Home Minister and other members of the government have a vision for India. One can only be proud of what we have and support the government that is as visionary as this government has been," Ratan Tata said at the foundation stone laying ceremony of Indian Institute of Skills (IIS) in Gandhinagar.

Soon after, on Thursday, N Chandrasekaran bemoaned the micromanagement and suspicion that businesses have to face in India. He was delivering the Nani Palkhivala Memorial Lecture in Mumbai.

Calling for a "transformative vision", Chandrasekaran said, "We need to re-imagine our economic and business culture. Culture is most critical. Growth must not come from pushing hard. There is no point to tell people 'drive fast, drive fast, drive fast'. It (growth) will come by removing obstacles."

"We need supervision, we don't need suspicion. And we have suspicion. All our rules start from suspicion," Chandrasekaran said.

ALSO READ:Is this the real reason why Modi govt is unhappy with Jeff Bezos and Amazon?

Chandrasekaran rued that people who work hard and honestly are put through enormous difficulties. Indians excel in making an ordinary task into an extraordinary one, he said.

He pointed out that there is a massive risk aversion within the system, which has led to an "undesirable equilibrium" where it is safer to avoid or delay decisions, he further said.

The Tata Sons Chairman emphasised that India needs to resolve its job crisis at the earliest.