Decline in India's GDP during June quarter was a result of stringent lockdown imposed across the country, claimed Finance Ministry in Economic Review report for August 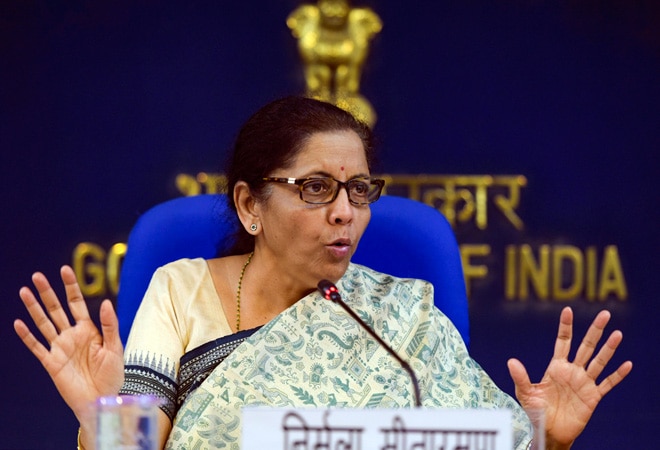 Ministry of Finance has confirmed that the unprecedented contraction in India's Gross Domestic Product (GDP) growth is higher than its peers, attributing the economic crisis to "stringent lockdown that India enforced in the April-June quarter". The strict lockdown has helped India keep case fatality rate lower than counties like the US, the UK, France, Japan and Italy, the Finance Ministry claimed in its Economic Review for August.

The report comes close on the heels of GDP numbers for the June quarter which showed the worst ever quarterly performance by the Indian economy. In the first quarter of financial year 2020-21, India's GDP shrank 23.9 per cent as all sectors except agriculture showed significant decline in performance.

"Data now available for the April-June quarter confirms a significant world-wide year-on-year contraction of output resulting from the COVID-19 pandemic. US economy has contracted by 9.1 per cent, UK, France, Spain, Italy and Germany by 21.7 per cent, 18.9 per cent, 22.1 per cent, 17.7 per cent and 11.3 per cent respectively with the overall Euro area contracting by 15.0 per cent and Japan has contracted by 9.9 per cent. Relative to these advanced nations, India's GDP contraction at 23.9 per cent is slightly higher," Finance Ministry said in its economic review.

The contraction was a result of the strict lockdown measures imposed across the nation, Finance Ministry said. Referring to the Government Response Stringency Index by Oxford University, the ministry claimed that India enforced the most stringent lockdown. This helped the nation contain its COVID-19 case fatality rate to 1.78 per cent, as compared to 3.04 per cent in the US, 12.35 per cent in the UK, 10.09 per cent in France, 1.89 per cent in Japan and 13.18 per cent in Italy.

In the latest Economic Review report, Finance Ministry claimed that agriculture has led economic revival in the country, with industrial production showing signs of recovery with eight core industries picking up pace in July. The ministry expressed hope that rural demand is expected to strengthen in August.

"Consumption is picking up with passenger vehicle sales rising to their highest level at 1.83 lakh in July as compared to 1.43 lakh in March. Some revival in rural demand is also seen in growing sales of small cars, two-wheelers and sports utility vehicles and fertilizers. Increase in registrations for commercial and agricultural tractors from 52,362 in March to 66,061 in August is further indicative of strengthening rural demand," Finance Ministry stated.

The ministry referred to growth in railway freight traffic as a sign of growth in activity as it reached f 95.2 million tonnes in July, closing on to its previous year level of 99.7 million tonnes. "In the first twenty days of August, railway freight volume at 60.38 million tonnes has now crossed its previous year level of 56.60 million tonnes. Also creeping up as India unlocks are railway passenger bookings from -7.92 million in April (cancellation of bookings) to 14.62 million in July and domestic aviation passengers from 2.8 lakh in May to 21.1 lakh in July," the report said.

Power consumption is also getting back on track in August, the Economic Review said, reaching 97 per cent of corresponding previous year levels and crossing per-COVID levels of February. E-way bills in August reached 97.2 per cent of the corresponding month of the previous year at Rs 13.8 lakh crore indicating strong revenue growth, supply chain corrections and logistics growth, and in turn a return to normalcy. Average daily electronic toll transactions and collections in August have reached 80 per cent of the pre-COVID levels in February, the report said.

Global activity has gathered steam recently, boosting Indian economy as merchandise exports showed smaller contraction in July than in June. "In the domestic space, rising central government's consumption spending has been supplementing domestic demand to drive GDP growth. The growth outlook has improved with YoY contraction in GST collections declining from 38 per cent in May 2020 to 11.9 per cent in August 2020," Finance Ministry said.

On the back of robust FDI and FPI inflows and savings from tepid imports, forex reserves, as on August 21, have risen to an all-time high of $537.5 billion, the report stated. These are capable of financing more than 13 months of imports, should the need arise from a surge in real sector activity, it further added.

"The domestic space is flushed with high systemic liquidity. A system flushed with liquidity is a system ready to absorb a surge in real sector activity which is reflected in the 10-year benchmark bond yields declining from 6.55 per cent at end-April to 6.12 per cent at end-August, and narrowing of spread in yields of 3-year AAA-rated corporate bonds and equivalent government securities from 246 basis points in end-April to 55 basis points in end-August," Finance Ministry said.

After the Monetary Policy Committee kept the policy rates unchanged in August, the systemic liquidity is well entrenched to supply credit to the real sector, the report added.