Relations between India and Pakistan have not been good in the past six months. Officials in Islamabad are non-committal on the issue. 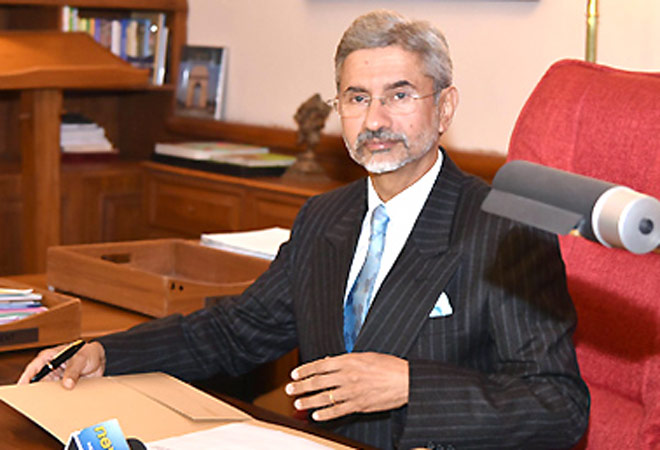 Anilesh S Mahajan, assistant editor, Business Today
As Foreign Secretary Subrahmanyam Jaishankar proceeds on his maiden 'SAARC Yatra' from March 1, India is also moving forward to provide seamless transit of passenger, cargo and personal vehicles in the South Asian region - even if it means going ahead without Pakistan.

On his tour to Pakistan, one of the issues on Jaishankar's agenda is to push India's western neighbour to agree on the SAARC Motor Vehicles Agreement (MVA). Officials in the Ministry of External Affairs say that even if Pakistan doesn't sign the agreement, India has already conveyed to its Afghanistan counterparts offering a bilateral agreement.

In the first week of February, senior officials from India, Bangladesh, Bhutan and Nepal met at Raichak near Kolkata to finalise the details of the MVA. The plan is to have a similar arrangement to facilitate transit of all type of vehicles in the region, similar to one in North America and the European Union. On the eastern side, India is stitching a similar agreement with Myanmar and Thailand. Imphal in Manipur would connect with Mandalay in Myanmar, and this route can be extended to Thailand.

India is keenly pursuing the SAARC MVA, but Pakistan has remained non-committal, citing no reasons. "Paragraph 8 of the MoU allows the member countries to enter into bilateral agreements on this," says Vijay Chibber, India's Transport Secretary. India is using this clause to stitch bilateral pacts with its neighbours. In November last year, the Indian Cabinet ratified changes in the Motor Vehicles Act to enable these movements. India also signed an agreement with Nepal on the sidelines of the 18th SAARC summit in Kathmandu.

On Friday, a car rally started from Puri in Odisha that would enter Nepal on March 2 at Biratpur, and will end on March 8 at the India Gate in New Delhi. This would be for the first time that private Indian vehicles will enter Nepal. To give it a 'Swadeshi' push, all the vehicles used in this rally are not only made in India but are also made by Indian players only, such as Mahindra & Mahindra and Tata Motors. As per the plan, on March 21-22, at a meeting of the transport ministers an agreement among these four countries would be formalised.

This means that, if the agreement is signed, Indians can plan summer holidays amidst peaks of Nepal and Bhutan and can take their vehicles as well. There is a small rider to this - the vehicles should be manufactured in any of these countries, even if by foreign players. This would obviously mean business for Indian players, initially for the auto players, and would also increase the market for regional entrepreneurs. "The Indian government's Make in India campaign will get a boost," says the CEO of an auto maker.

Relations between India and Pakistan have not been good in the past six months. Officials in Islamabad are non-committal on the issue. "We will cross the bridge when it comes," says a senior official from Pakistan's transport ministry. The official refused to be named, as he is not authorised to speak to the media.

"Pakistan has not conveyed is 'apprehensions' to us. But once we reach an agreement with Afghanistan, they will need a way from Pakistan. They will have to convey their 'concern' and say no," says a senior official from India's external affairs ministry. Pakistan has already expressed its reservations on India's increased presence in Afghanistan.

Prime Minister Narendra Modi is pushing for the 'Make In India' campaign, and is looking at the South Asian region as an extended and natural market. If Pakistan comes on board, Indian companies see direct access to the Central Asian market, which they believe is the new arena to do business. "They are the ones with new money. China and the US have a presence there. If we have to go there, the land route is the most efficient way," says the CEO of the auto company. The other route is via Chahbahar port in Iran, which India is funding. The plan is to connect this port to Afghanistan with a railway line. "The geography of Chahbahar is not great, the road connection would be much more efficient," says an official.

"If Pakistan does not give us way, they will also lose access to the east," argues an official from the external affairs ministry. "It is a win-win for all." Once implemented, this will reduce the costly and time-consuming unloading and loading of people and goods at border crossing points, making cross-border trade more efficient, added Chibber, the Transport Secretary. But for the time being, the focus is on how Pakistan reacts and how entrepreneurs use this as an opportunity to expand their market.

Some staff say Sahara has not paid salaries for months