The cash transfer of Rs 1,000 per person each month is expected to make a big difference as it would help the common man to pay for all the emergency needs, Banerjee said 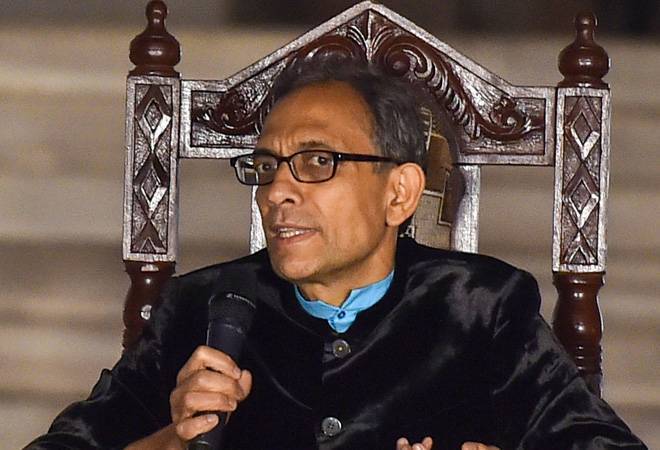 Nobel Laureates Abhijit Banerjee and Esther Duflo on Sunday said the Indian government should soon begin cash transfers of Rs 1,000 per person to fight the coronavirus crisis. The cash transfer must be started immediately as universal-basic income (UBI) along with the implementation of one-nation, one ration card scheme, the two eminent economists also said at the online version of Jaipur Literature Fest. The cash transfer of Rs 1,000 per person each month is expected to make a big difference as it would help the common man to pay for all the emergency needs, Banerjee said.

Since India is likely to face a substantial demand shock in coming days, putting money in people's hands would help to save the economy amid the coronavirus crisis, he also said. Banerjee also praised the efforts of the government to provide one nation, one ration card. However, he stressed that the implementation needs to be done urgently now.

Earlier this month, Abhijit Banerjee had said the coronavirus outbreak is 'probably bigger' concern for the Indian economy against the balance of payments crisis in 1991. The GDP growth may fall by 10-15 per cent as a result of pandemic and subsequent lockdowns, Banerjee told HuffPost India. The government should focus on spending money on anti-poverty programmes and look towards printing money in view of a limited fiscal room, said noted economist.

He had also called for an increased spending through fiscal easing amid the current scenario. On the probability of economic recovery by next year, Banerjee had said that a quick rebound is possible if the government takes the right steps to make sure there is no demand shortfall in the economy. The government should focus on reviving demand and therefore, spend more, he had stated.