The CII job survey of MSME sector found that most of the respondents were able to fill vacancies in less than a month, indicating a higher availability of skilled manpower. 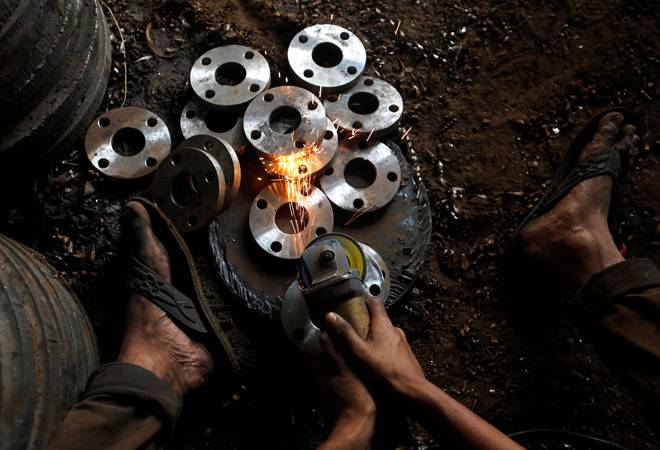 MSME sector saw a job growth rate of 13.9 per cent over the past four years.

The Micro, Small and Medium Enterprises (MSME) sector created 13.5 million to 14.9 million new jobs over the past four years, industry body CII claimed in a survey. The sector registered a job growth rate of 13.9 per cent during this period, the report stated. CII surveyed 1.05 lakh MSME firms based in 350 industrial centres across 28 states of the country for this study.

"The survey establishes a growth of 3.3 per cent (compounded growth rate) per annum.  When mapped to the macro level data sourced from Labour Bureau, this works out to an estimated additional job creation to the tune of 13.5 to 14.9 million per annum", said CII president Rakesh Bharti Mittal.

The CII survey found that most of the respondents were able to fill vacancies in less than a month, indicating a higher availability of skilled manpower.

"The survey has indeed thrown up the most promising outcomes. There is a very healthy growth in employment among the MSME segment of industry and with the kind of disruptions and innovations that are likely to sweep through industry in terms of new technologies and practices, our skills development front is also undergoing rapid changes," said CII President.

The CII report also showed that Maharashtra, Gujarat and Telangana posted the highest figures in terms of job growth in the MSME sector. The top job creating segment in the MSME sector was hospitality and tourism segment, followed by textiles and apparel, metal products, machinery and parts, and transport and logistics, the report showed. Additionally, the survey found that micro enterprises were the largest job creators.

The CII survey said that there were signs of higher growth expectations on employment for the next three years. The optimism towards job growth is based on government initiatives like the 2 per cent interest rate subvention given to all MSMEs and recently implemented Trade Receivable e-Discounting System (TReDS). These moves are expected to drive future growth in the MSME sector, leading to more employment.

"However, the CII survey highlights the need for greater hand-holding of the MSMEs who are still to take full advantage of these Government initiatives," said CII Director General Chandrajit Banerjee.