Mumbai rains update: The Colaba weather observatory in South Mumbai recorded the highest single-day precipitation in the last 22 years for the month of August 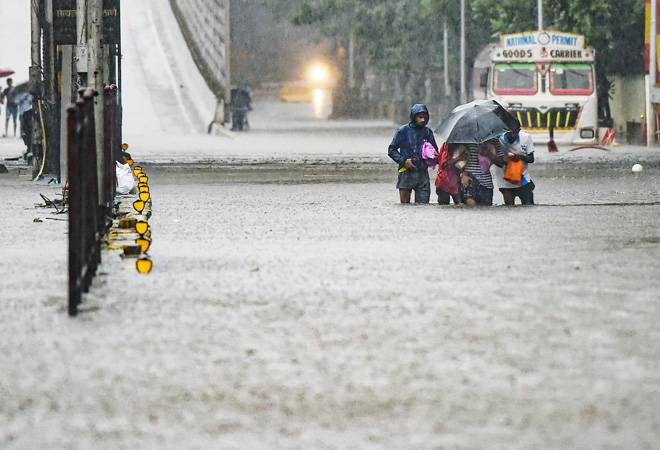 Torrential downpour in Mumbai and the suburbs has inundated most of the low-lying areas. The city received the highest rainfall of the season in just 12 hours, according to the Brihanmumbai Municipal Corporation (BMC). The India Meteorological Department (IMD) has predicted rains on Thursday as well.

The Colaba weather observatory in South Mumbai recorded the highest single-day precipitation in the last 22 years for the month of August. Mumbai recorded 215.8 mm rain, with 101.9 mm and 76.03 mm of rain in the eastern and western suburbs. Malabar Hill and Peddar Road received 309 mm of rainfall.

DY Patil Stadium in Nerul witnessed extensive damage due to the rains. Mumbai's JJ Hospital was also flooded after the torrential downpour. Apart from that shops, buildings and slums have been inundated.

Videos circulating on social media show the Arabian Sea swelling up to spill over to the outer road at Girgaon Chowpatty. According to reports, such heavy waterlogging on the road outside chowpatty, Marine Drive and other South Mumbai areas have occurred for the first time.

This is the scariest video I have seen today. This is Chowpatty, Mumbai. Can you see the sea?! The policemen, seen here in yellow raincoats, are doing a great job. Salute 👏 #mumbaifloods@MumbaiPolice@MumbaiTraffics@mtptrafficpic.twitter.com/lTOqFU06j5

Meanwhile, to deal with emergencies, three units of National Disaster Response Force (NDRF) have been asked to remain prepared. Temporary shelters for stranded passengers have also been opened up.

NDRF and Railway Protection Force (RPF) rescued nearly 300 passengers from two local trains that were stranded due to flooded tracks.

Rupee surges 16 paise to 74.78 per dollar ahead of RBI policy decision