In his pre-recorded address for the sixth Governing Council virtual meeting of Niti Aayog, the senior Congress leader also proposed that states are consulted before deciding the priority list for COVID-19 vaccination 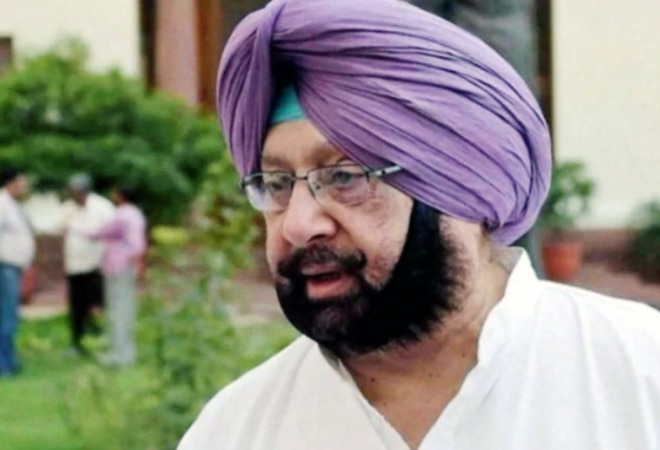 Singh, who could not attend the meeting as he was unwell, also expressed concerns over the threat to Punjab's agriculture sector as a result of the "disruptions caused by the three new farm laws", according to a state government release. Farmers have been protesting against the three new Central agricultural laws enacted in September last year, and demanding they be repealed.

Singh also raised the issue of COVID-19 vaccine, urging the Centre to consult the state before fixing priorities for vaccination, as the exercise, he argued, involves the entire population. He also requested the Centre to release Punjab's pending GST compensation, amounting to Rs 8,253 crore for the period between April 2020 and January 2021.

Urging respect for the ''annadaata'' (the farmer), the CM reiterated his government's stand that agriculture is a state subject it should be left to be legislated upon by states in the true spirit of "cooperative federalism" enshrined in the Constitution. He also pointed out that the state has already passed amendments to the Central legislations.

The CM asserted in his speech that any reform in a sector affecting almost 60 per cent of the country''s workforce must be brought only through a process of extensive consultation with all the stakeholders, of which Punjab is a key member being at the forefront of ensuring food security for the nation.

He also raised the farmers'' apprehension that the Minimum Support Price-based procurement through Food Corporation of India (or agencies on its behalf) may be discontinued in view of the Shanta Kumar Committee Report of 2015. The CM also stressed the need for the government of India to decisively dispel any such impression "to instil proper confidence in the farmers of the state".

Amarinder called upon the Centre to designate agencies to procure and provide MSP matching the returns of wheat and paddy in order to incentivise farmers to take up cultivation of alternate crops. The importance of water conservation was also highlighted by the Chief Minister, who requested the Government of India to consider Punjab's pilot project - ''Pani Bachao Paisa Kamao (PBPK)'' - as a national project, for which a feasibility report amounting to Rs 433.00 crore has already been submitted by the state.

On the GST issue, he further reiterated the state''s demand for releasing the GST compensation on monthly basis in the coming fiscal year. Singh also sought an extension in the period of GST compensation beyond the current five years for states like Punjab, "which have permanently lost a significant portion of their revenue especially on account of subsuming of purchase tax on food grains and are staring at a huge revenue shortfall after the end of compensation period".

He claimed the practice of direct transfer of funds under certain Central schemes to the implementing agencies by-passing the Consolidated Fund of the state not only violates the provisions of the Constitution but is also against the spirit of cooperative federalism.

He sought routing of funds through the Consolidated Fund. He also pointed out that the 15th Finance Commission in the final report for the financial year 2021-22 to 2025-26, has recommended certain sector-specific and state-specific grants for Punjab, amounting to Rs 3,442 crore and Rs 1,545 crore respectively.

However, these have still not been cleared by the Union government, he said, urging the Centre to provide these specific grants to his state. On the COVID-19 vaccination, he also said, "With the portal created by government of India for registration of healthcare and frontline workers frozen, several such workers of the state willing for vaccination registration have been left behind."

He called upon the Centre to allow entry of such workers to quicken up vaccination drive. The CM also requested the Centre to allow 100 per cent use of available SDRF (State Disaster Response Fund) towards expenditure for COVID-19 management, instead of the present ceiling of 50 per cent.

Also read: NITI Aayog meet: Govt must respect, give due representation to private sector in progress