Paradise paper leaks: Not much headway in investigation into earlier exposes

This is not the first time that such information has come to fore. Earlier also in similar expose, 11.5 million documents related to Panama-based law firm Mossack Fonseca were leaked. 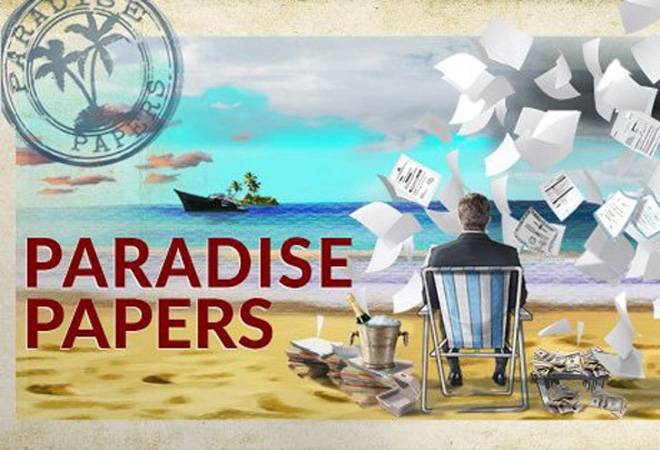 The Paradise Paper leaks have brought forth many big names including industrialists, politicians and movie stars, who are/were linked to companies based in tax havens. This is not the first time that such information has come to fore. Earlier also in similar expose,  11.5 million documents related to Panama-based law firm Mossack Fonseca were leaked.

Those papers also revealed big names like DLF promoter K P Singh, IndiaBulls owner Sameer Gehlaut, Chairman of Apollo Group Onkar Kanwar, and Bollywood actors Amitabh Bachchan and his daughter-in-law Aishwarya Rai Bachchan who had either formed offshore companies or trusts in tax havens such as British Virgin Island, Bahamas and Panama. While such exposes make a lot of headlines, they have not yet led to any noteworthy 'action'.

Even as the Central Board of Direct Taxes came out with statement on Paradise Paper leaks saying that the Investigation units of the Income Tax Department (ITD) have been alerted to take note of revelations for immediate appropriate action.

"It has been reported that many cases of offshore entities are already under investigation on fast track. As soon as further information surfaces, swift action as per law will follow," says the statement adding that the government has directed that investigations in cases of Paradise Papers will be monitored through a reconstituted multi-agency group, headed by the CBDT chairman having representatives from enforcement directorate (ED), Reserve Bank of India (RBI) and Financial Investigation Unit (FIU).

In the Panama Paper leaks case, however, investigations have not led to any big arrests or undisclosed sums. According to the Central Board of Direct Taxes, "The Panama Papers contained particulars of about 426 Indians or persons of Indian origin. The Income Tax Department conducted enquiries in all 426 cases by making 395 references to 28 foreign jurisdictions. Based on analysis of the information obtained and investigation conducted, the outcome so far indicates 147 actionable cases and 279 non-actionable cases (non-residents/no irregularities etc)."

The statement further says that out of the 147 actionable cases, investigations have led to the detection of undisclosed credits (in bank accounts) of about Rs 792 crore. Searches have been conducted in 35 cases and surveys in 11 cases. In some cases, the persons have been confronted with the evidences during enquiries.

Only in 5 cases criminal prosecution complaints have been filed, while in 7 cases notices under section 10 of the Black Money (Undisclosed Foreign Income & Assets) and Imposition of Tax Act, 2015 have been issued. According to statement, further investigation in all the above cases is in progress.

Speaking on the investigation in the Panama Paper leak in Parliament in August, finance minister Arun Jaitley had said that tax authorities are conducting investigations and prosecutions are being launched in cases where documents have been received.

"We first make our own investigations and on each one of those cases, whether they are HSBC cases or the Panama cases, we have been in touch with the regular authorities of the country where these accounts are," he said.

In the Mossack Fonseca paper leak case, the finance ministry has in July this year issued a statement saying that 30 countries which forms the Joint International Taskforce on Shared Intelligence and Collaboration (JITSIC) have started to exchange, analyse and act on information about taxpayers and intermediaries connected to Mossack Fonseca. It further said that in the previous six months, more than 570 requests for information had been sent to 32 countries. India had also sent several requests for information to various jurisdictions in the Panama Paper cases since the last meeting in January 2017.

In a similar expose in 2013 by International Consortium of Investigative Journalists (ICIJ), the same organisation behind the recent Paradise and Panama Paper Leaks, names of 700 Indians had came up  with 'business connection with off-shore entities'. Out of these, 434 were Indian residents, 184 of whom admitted to having links with off-shore entities.

As of last year, only 52 prosecution complaints had been filed by the income tax department and 20 cases were being investigated by the enforcement directorate (ED). The tax department could detect only Rs 2,000 crore credit in these accounts.

In 2011, the government received information about 628 Indian persons having accounts in HSBC, Switzerland. The government could trace 569 persons given in the list, out of which 214 cases were found "not actionable on account of no balance or being non-residents or being non-traceable", according to the finance minister.  I-T department has filed 154 prosecution complaints in the HSBC cases. ED was investigating 23 cases.