He also said the alleged middleman Christian Michel was close to the Congress first family and the people deserved to know the role played by him in the 10-year delay over the Rafale deal during UPA regime. 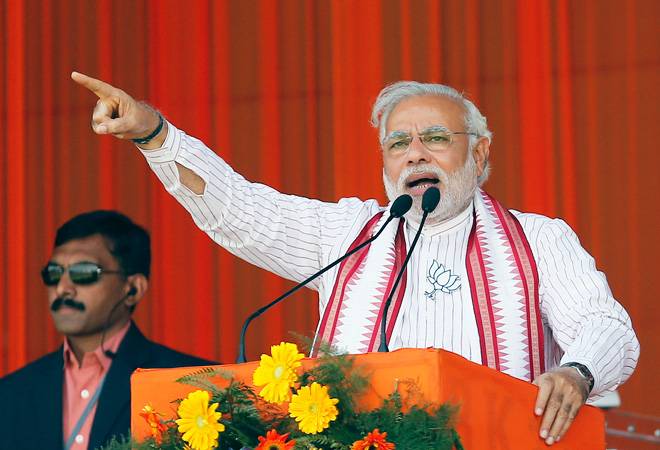 In a stinging counter-attack on the Rafale issue, Prime Minister Narendra Modi Thursday accused the Congress of stalling defence procurement if there was "no deal" for it.

He also said the alleged middleman Christian Michel was close to the Congress first family and the people deserved to know the role played by him in the 10-year delay over the Rafale deal during UPA regime.

Interacting with booth level BJP workers of Tamil Nadu through video-conferencing, he said many people think that the biggest failure of Congress was mismanagement of the economy and corruption.

"But they did deep damage to our armed forces. Not many know how much damage Congress culture did to our defence sector for decades. They had made the defence sector a den of Bofors and brokers and middlemen.

"In their government, procurement would only happen if there was a deal. If there was no deal their approach was to simply stop buying anything for the armed forces," Modi said in response to a question.

Recalling Defence Minister Nirmala Sitharaman's statement during the debate in Lok Sabha over the Rafael issue, Modi said when India's neighbours were strengthening their forces with fourth and fifth generation fighters, the then Congress government stalled defence procurement.

Recently, between 2004-15, one of India's neighbours added 400 aircraft while another doubled the air force fleet strength with many of these being fourth and fifth generation fighters, he said.

"What was the Congress government doing at that time? It stalled Defence procurement for want of its deal while our neighbours increased capacity. Congress actually decreased ours. Such huge damage to the defence forces, all for the sake of a deal," Modi alleged.

Referring to negotiations to purchase 126 Rafale fighter jets during the UPA regime, Modi claimed Michel, being probed over the AugustaWestland chopper deal, had access to inside information like the timing of a cabinet meet on security and a government file on a related matter.

The reported revealations by the middleman raise several questions and people had a right to know what role did Michel "play in delaying the procurement of Rafale for 10 long years... in putting national security in danger," he said.

"The people of the country deserve to know how did middleman Michel know about the time of a meeting of the Cabinet (committee) on security...," he said.

Similarly, people should know how Michel knew about the status of a government file and how he "managed" the leadership of a party to get the deal.

The prime minister's offensive comes amid the escalating attack by Congress President Rahul Gandhi, who has been posing a series of questions to Modi over the Rafale deal for purchase of 36 fighter jets from the French manufacturer.

Modi said he knew that there would be relentless attacks against him and his reputation as he as he had stopped so many people's "corrupt businesses," asserting that he would happily "take all the mud" thrown at him if he can strengthen the hands of soldiers.

He asked if it was not duty of the government to aid the soldiers by providing them weapons and equipment.

"...These are extremely powerful people... they have their people everywhere. That is why you see such attacks against us today. But when it comes to national security, I always say India first," Modi said.

"I will take all the mud thrown at me happily if I can strengthen the hands of the soldiers. When a government is clean and not waiting for a deal to seal a defence procurement, things will move faster. I hope this answers your question," he added.