Delhi Election results: While this is Raghav Chadha's first assembly election, he had unsuccessfully contested the 2019 General Elections from South Delhi 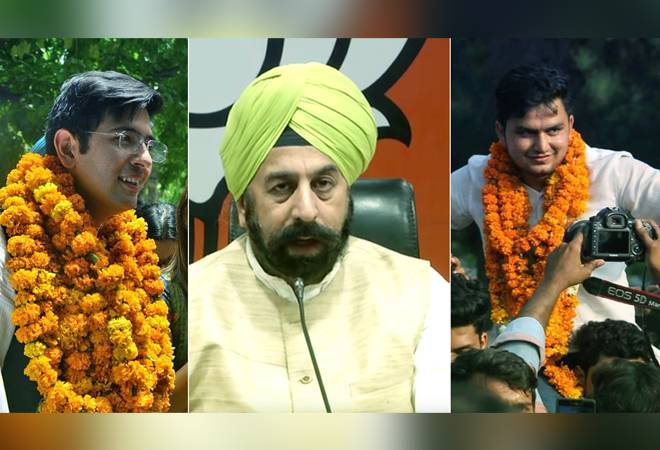 Delhi Elections 2020 Result: Rajinder Nagar constituency has witnessed a tough fight between 31-year-old Raghav Chadha from AAP and 25-year-old Rocky Tuseed from Congress and 58-year-old veteran RP Singh from BJP. As per early trends, Chadha is leading from the constituency.

While this is Raghav Chadha's first assembly election, he had unsuccessfully contested the 2019 General Elections from South Delhi. Tuseed is the youngest candidate in the Delhi Elections 2020. He was a former Delhi University Students' Union (DUSU) president. BJP's candidate RP Singh is also the party's national secretary. He won from the Rajinder Nagar seat in 2013 but lost to AAP candidate Vijender Garg Vijay in 2015.

It is unclear why AAP decided to replace the winning candidate from a constituency where BJP has considerable influence with its multiple previous victories. However, Garg's replacement came amid negative feedback from residents about dirty water supply, potholed roads and overflowing sewers, as mentioned in news agency PTI.

There are more than 10 slums in the Rajinder Nagar constituency and the result is, hence, likely to sway significantly in favour of AAP.

Chadha sought votes in the constituency as someone who has been brought up in the area. "From Pandav Nagar to Karol Bagh, these are the areas where I have lived all my life. I have been given an opportunity to make my birthplace my workplace. I was born in a hospital in this area. My father's side of the family lives in old Rajinder Nagar and I live with my parents in New Rajinder Nagar. My maternal family lives in Narayana which is in this constituency. Between them is Inderpuri, Dasghara, Todapur where I have spent my entire childhood playing cricket and eating 'chola bathuras'," he said.

According to the India Today-Axis My India exit poll, the Aam Aadmi Party is projected to bag 59-68 seats out of the total 70. The poll also stated that AAP is likely to clean sweep New Delhi region that includes Rajinder Nagar constituency with 9-10 seats, while BJP may be restricted to 0-1 seat.