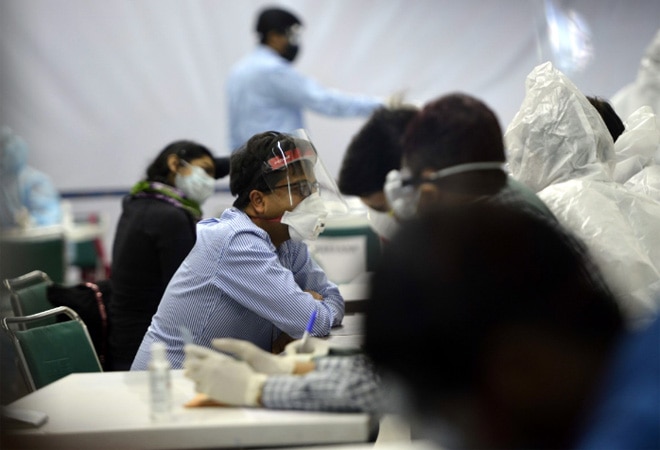 The police seized Rs 1.4 lakh in cash, 200 Saudi riyals, fake rubber stamps of home quarantine, letterheads with stamp and signatures of doctors of some top private hospitals in the bag of one Dinesh Gawande, posted by BMC at the airport to check flyers arriving from Dubai, Kuwait and US at P6. Four letterheads of Tata Memorial Hospital, three letterheads of Asian Heart Institute and two of a doctor of Care Medical Centre were found in the bag. He had been posted at the airport since December 23.

Police are also investigating if other officials helped Gawande to get the bribes as well as the number of flyers he cleared with fake documents. If he is found guilty, he would be imprisoned for seven years, stated a report in Times of India.

All hell broke loose for Gawande when he barged into a toilet and returned with a bag. He pushed aside a housekeeping staff who was walking in around 5:50 am. She then complained to CISF and MIAL officials after she suspected Gawande. He claimed that he was helped by Ashraf Sarang (41) and Vivek Singh (32) from the airport's duty-free shop to make fake health certificates. All three have been booked under IPC sections for violation of prohibitory orders, cheating, forgery, counterfeiting a mark used by a public servant and under Epidemic and Disaster Act. They have been put under police custody till January 19.

"Gawande admitted he was collecting bribes. His bank account will be checked. He shared the money with Sarang and Singh," said a police officer, as per the report.

Police also recorded statements from some flyers who had flown in from Dubai and Kuwait. The flyers stated that Gawande collected Rs 4,000 from them.