In this second and concluding part, the focus is on why GDP came to measure the quantity of goods and services produced, ignoring social and environmental costs such output imposes on society 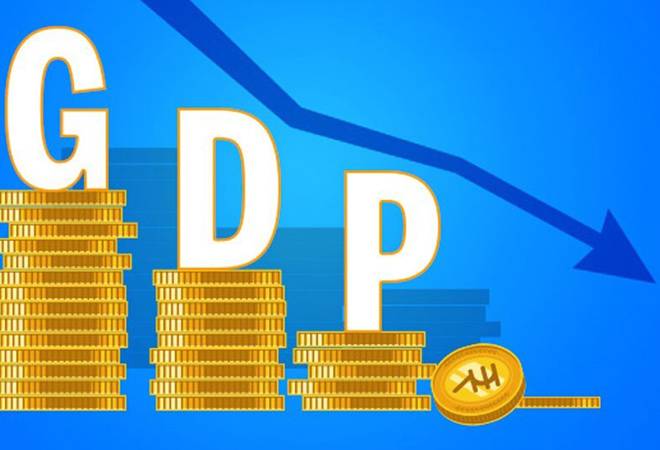 So long as measuring the quantity of output (GDP) remains the yardstick, well-being and development of people will not be the focus of economic activities or growth

On May 30, 2020, when migrant labourers were very much walking and cycling hundreds of kilometres with luggage, kids and elderly, senior journalist P Sainath revealed a facet of India's approach to growth.

Recalling his experience of mass migration that agrarian crisis had triggered during 1994-2004, he wrote in India Today: "This (distress migration) was happening across the country. But we romanced our growth numbers, reminding me of Edward Abbey's famous line: Growth for the sake of growth is the ideology of cancer cell. We were in celebratory mode, though, and those pointing to rising rural distress were ridiculed."  Abbey was an American author and environmentalist.

The average growth during 1994-2004 was 6.2%. The era of high growth in post-liberalised India had begun and was relished. But that sidestepped a massive agrarian distress that built up and continues even now.

What is wrong with GDP growth?

The flaw is in the way GDP is designed, argues economic historian Prof. Dirk Philipsen of Duke University, who traced the origin of GDP.

This is no revelation. Many economists, multilateral agencies and think tanks have said this over many decades but bears repetition to understand what these are and why.

Philipsen wrote his thoughts and findings in his 2015 book, 'The Little Big Number: How GDP Came to Rule the World and What to Do About It'. In this, he says the fundamental flaw is that GDP measures total output of an economy that has an exchange (market) value, in terms of money, ignoring many critically important aspects that truly matter for a healthy and happy life.

"A concentration on total amount of money spent in the market will not tell you about the standard of living of its members - especially not of those who have little or no money to spend", he comments.

GDP's very design is such that it measures the 'quantity' of goods and services produced but not their 'quality', thus ignoring social and environmental costs that such output imposes on society.

Thus, the production of coal and other polluting industries are counted and cheered on since they add to (boost) GDP. Pollution of air, water and soil causing illness and death that such productions entail are not counted.

An oak tree that provides shade, reduces noise, generates oxygen, revitalises soil, sequesters pollutants does not contribute to GDP but when it is chopped down and sold in the market as lumber it is counted.

The logic of GDP growth, he argues, makes profit maximisation an overarching goal for firms even if it is not in the interest of communities in which they operate.

He cites the case of China, which tried to introduce Green GDP in 2004 by factoring into their calculations the environmental consequences of growth. Initial findings, published in 2006, were so "devastating" that it was abandoned.

He writes "as much as 20 per cent of China's GDP was directly based on depletion of resources and degradation of the environment" and that "in several provinces, pollution-adjusted growth rates were negative".  Negative growth can be even more devastating for the political establishment.

He rues that from an instrument used to measure the economy, GDP has come to define and shape it. What it does not count matters little and valued little.

Here are some sobering facts.

Air pollution causes 7 million premature deaths worldwide every year, says a study published in the medical journal Lancet in July 2019. The number of deaths is expected to double by 2050, it warns.

Another study, published in the journal in December 2018, said India lost 1.27 million lives or 12.5% of total deaths in 2017 to air pollution. Life expectancy of Indians would have been higher by 1.7 years had the air quality been good, it added.

One remarkable thing happened during the lockdown.

A few weeks of lockdown dramatically cleaned the Ganga and Yamuna rivers. Social media celebrated and shared pictures for days. What did the trick when decades of cleaning operations (the Ganga's cleaning started in 1980s) and expenditure of several thousands of crores of rupees had gone in vain?

It is the closure of industries due to the lockdown.

A very large number of industries dump their toxic waste in these rivers merrily, without let or hindrance, and irrespective of punitive laws and multitude of agencies mandated to protect these rivers.

When industries come back, the Ganga and Yamuna would go back to their old stinking selves; the central and state governments would resume their cleaning operations and blow more money away. Whose money is it? It is public, not that of polluting industries (what Philipsen calls externalisation of cost).

Nobel laureate Joseph Stiglitz exposes another flaw in GDP which helps explain why inequality does not count.

While blaming neoliberal policies at work for four decades in the US, he wrote in his 2019 book 'People, Power and Profits': "The growth that had been championed turned out to be far slower than that of the decades after World War II. More disturbingly, when growth occurred, it went to a few people at the top. If GDP goes up because Jeff Bezos's income goes up - but everyone else's income stagnates - the economy is not really doing well. But that is close to the situation in which America finds itself today".

So long as GDP is growing (because of Bezos), the governments are happy; people's distress, as Sainath found to his dismay, count little.

Much is known and written about how the unbridled growth of financial sector has endangered economic stability worldwide and yet there is no sign of reining it in.

Banks have become 'too big to fail', requiring bail-out with public money but widespread speculative activities, rent-seeking, extracting value from other sectors of economy rather than creating value on its own that mark operations of finance sector go unchecked.

On June 18, 2020, a US-based think tank, Institute for Policy Studies, released a report with this headline: US billionaire wealth surges to $584 billion, or 20%, since the beginning of the pandemic.

It went on to add that during this period, 45.5 million people had filed for unemployment; $6.5 trillion in household wealth had vanished during the first quarter (Jan-Mar).

What did these billionaires produce and sold during "the biggest economic shock in the US and in the world, really, in living memory", as Federal Reserve chairman Jerome H Powell had said a few days earlier and when "most federal and state economic restrictions were in place" as the report pointed out? Where and how did they make so much money?

The answers are: stock market and speculative activities.

Economist Mariana Mazzucato of University College London (UCL) has written that the financial sector was brought into GDP in 1970s.

Until then, finance was treated just as an 'intermediate input' contributing to the functioning of 'real' sectors of economy that created 'real' wealth.

Now that all profits count and are good for GDP to grow, and by extension economies to grow, stock market's betting activities are good. That is why Mazzucato calls for redefining and resetting 'value' to goods and services to get outcomes that would serve society better.

Why GDP is designed the way it is

Philipsen narrates how GDP came about.

He says GDP emerged from a general accounting model that a group of researchers led by economist Simon Kuznets (won a Nobel for economics in 1971) worked out in 1930s for the US Senate.

It was the time of the Great Depression. Banks had collapsed, unemployment was massive and rising and market was not self-correcting as free market or laissez fair champions had been saying.

Kuznets's task was to provide basic information on the entire national economy since no data existed then. The report he submitted was titled 'National Income 1929-32'. He defined 'national income' as "that part of the economy's end product that results from the efforts of the individuals who comprise a nation".

This report provided the foundation to build the 'New Deal' policies by President Franklin Roosevelt to lift the economy out of depression.

It later supplied data to jumpstart military production, proving critical to the US victory in World War II. After the war "the national income and product" calculation came to be known as Gross National Product (GNP), a quarterly figure that "became a shorthand for economic success in capitalist countries".

By 1992, all major economies had adopted GDP, including China, as a standard measure of economic growth.

What did Kuznets measure?

Kuznets' goal was to find a single measure for the "total economic and business activity" of the nation.

Philipsen writes that Kuznets had repeatedly warned against its misuse because the welfare of a nation could scarcely be inferred from his measurement of national income, arguing that well-being of people and volume of output were not the same.

Nobody, apparently, listened to him.

For decades, search is on to find an alternative to GDP.

Many multinational agencies, think tanks, and academic institutions have tried their hands.

One such effort by the UNDP led to the institution of Human Development Index (HDI), in which Nobel laureate Amartya Sen, a development economist, played a key role.

HDI measures achievements in key dimensions of human development: health (life expectancy), education (years of schooling) and standard of living (per capita income). Its reports are released annually since 1990 and it complements GDP as well.

Another is the Human Capital Index (HCI) launched by the World Bank in 2018. HCI measures the amount of human capital that a child born today can expect to acquire by age 18, given the risks of poor health and poor education that prevail in the country where he/she lives. This is aimed at boosting social sector investments (health, education, social security etc.).

Yet another is the Social Progress Index (SPI), which maps social progress and complements GDP, rather than replace it. It has been developed by a non-profit organisation, Social Progress Imperative. Launched in 2013, it measures outcomes in areas from shelter and nutrition to rights and education and is designed based on the writings of Sen, Stiglitz and others.

Here is the rub.

So long as measuring the quantity of output (GDP) remains the yardstick, well-being and development of people will not be the focus of economic activities or growth.

GST collection doubles in May to around Rs 70,000 crore