The gau raksha cess will be levied across UP from this week. 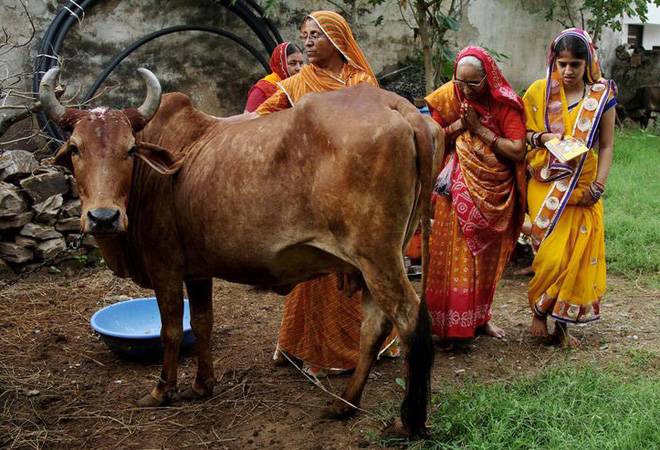 The UP government helmed by Chief Minister Yogi Adityanath has introduced a 'gau raksha' cess in the state to protect stray cows. This move comes as the state now has a stray cattle problem following the aggressive crackdown on illegal cow slaughterhouses. This additional cess that will amount to an increase of 0.5 per cent will be levied on excise items such as alcohol, and toll tax.

While the items are yet to be decided, alcohol is likely to be one of them leading to a spike in its pricing. The cess will be levied from this week.

The policy was cleared on Tuesday by the UP Cabinet after three instances of farmers locking away cows in schools and police stations to protest against stray cows were witnessed in the past week. This unusual form of 'protest' has snowballed after cattle-owners started abandoning ageing cattle following instances of lynching of individuals suspected of smuggling, transporting and consuming cow meat. In rural UP, farmers have even reported massive losses after stray cattle fed on crops. Additionally, several accidents have also been reported, as mentioned in a report in Times of India.

So, the Yogi Adityanath government is now imposing a cess of 0.5 per cent on toll tax levied by government agencies such as the UP Expressway and Industrial Development Authority (UPEIDA) and on profits made by construction agencies and public sector agencies. Mandi parishads' 1 per cent contribution from income for cow protection has been increased to 2 per cent.

The government will build temporary cow shelters in every rural and urban local body. As mentioned in the report, each district will have a capacity of minimum 1,000 cattle. The construction of these shelters will be supervised by the state animal husbandry department and will be funded by MNREGA, MLA and MP funds.

Not only that, those caught abandoning their cattle after these shelters are up, will likely face penalties with fines. Local police will ensure that cattle that are of no use anymore are taken to these shelters and fine the ones who abandon them.