You may soon be able to buy petrol, diesel from supermarket

The Cabinet note being readied by the government is likely to suggest bringing down the minimum requirement for companies trying to get into the retail fuel segment. 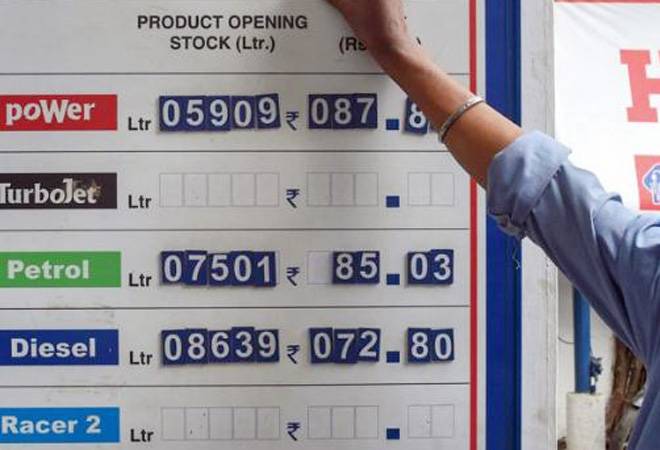 The government is likely to soon permit supermarkets to retail petrol and diesel in its bid to ease fuel access to end consumers.

The government is likely to soon permit supermarkets to retail petrol and diesel in its bid to ease fuel access to end consumers. The Ministry of Petroleum and Natural Gas in this regard may come up with a Cabinet note to relax existing norms, the Business Standard reported, citing sources.

The government is expected to ready the note within the first 100 days of it coming to power. As it was sworn in on May 30 that means the note might be finalised in the first week of September.

It is likely to suggest bringing down the minimum requirement for companies trying to get into the retail fuel segment. This means that the government could lower the basic infrastructure investment of about Rs 2,000 crore in the domestic market, or providing bank guarantees for 3 million tonnes (30 lakh tonnes) or equivalent amount, the report said.

ALSO READ:No helmet? You won't get fuel at Noida pumps from June 1

If the government goes ahead with the changes, it could open the gates for multi-brand retail majors such as Future Group and Reliance Retail as well as global majors of the likes of Saudi Aramco to enter the lucrative Indian fuel retail space.

A committee led by economist Kirit Parikh had proposed relaxing norms in India. The other members on the committee were former petroleum secretary GC Chaturvedi, former Indian Oil (IOC) Chairman MA Pathan, and Ashutosh Jindal, joint secretary in charge of marketing under the petroleum ministry, the report added.

The conception of this idea to allow supermarkets to retail fuel comes from the successful model undertaken by the United Kingdom (UK). As per the evaluation of the Petrol Retailers Association (PRA), a trade association which represents the independent fuel retailers in the UK, supermarket sites comprise around 49% of the petrol and 43% of all diesel retailed in the country in April 2019.

The government is hoping to replicate the same model in India given the sheer size of the country's fuel consumption appetite.