New kid on the block: Can Infosys and Vladimir Putin backed Ethereum take over Bitcoin?

The cryptocurrency industry, markets and investors are anticipating the event of a 'flippening' when a competing blockchain network replaces the current largest blockchain or Ethereum surpassing the market of Bitcoin. 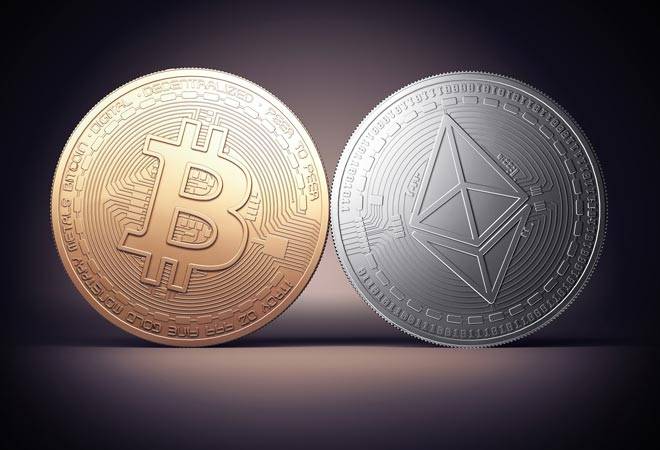 A week ago Ethereum's market capitalisation (m-cap) reached 50 per cent of Bitcoin's and on Monday the cryptocurrency hit an all-time high of $407.10

Ethereum has surged over 5,000 per cent rise in price since the start of this year as appetite for digital assets have grabbed the spotlight and continue to grow.

ALSO READ: How to buy and sell bitcoins? Are bitcoins legal in India?

The cryptocurrency industry, markets and investors are anticipating the event of a 'flippening' when a competing blockchain network replaces the current largest blockchain or Ethereum surpassing the market of Bitcoin.

Earlier, Bitcoin dominated the cryptocurrency market share, accounting for over 90 per cent at certain times, but alternative cryptocurrencies have pumped in over $ 117 million till date, according to CoinMarketCap.

So, what's all the fuss about Ethereum?

Ethereum blockchain supports the functioning of the Ether cryptocurrency. People use the word Ethereum as the shorthand for the digital coin.

While Bitcoins offer one particular application of blockchain technology, Ethereum blockchain is primarily focused on running the programme code of a decentralised application.

As opposed to mining for Bitcoins, miners in the Ethereum blockchain work to earn a Ether token that fuels the network. Ether is also used to pay transaction fees and services on the Ethereum network.

A smart contract, simply put, is a phrase that describes a computer code that aids the exchange of anything of value from money, content to property and shares.

Indian exchanges have not launched Ethereum yet but Sandeep Goenka, co-founder of Zebpay, India's largest Bitcoin exchange confirmed the launch of Ethereum on their platform by September 2017.

On being asked about how soon can people hope to expect the 'flippening', Goenka said, "Flippening is a symbolic event. We are more excited about see the entire ecosystem develop and grow in a matured manner."

"Ethereum is very exciting in many areas like smart contracts and decentralized autonomous organisations. But there are lot of things which have to prove the test of time and scale," he adds.

However the co-founder also warned against investing in Ethereum without understanding its fundamentals: "These are new waters and there is a high level of risk involved."

Meanwhile, let's take a look at how and where Ethereum is gaining gorund, world round:

Ethereum has been backed by major behemoths like JP Morgan, Microsoft, Intel, Accenture and Thompson Reuters. Barclays has even used a similar technology like Ethereum's Smart Contract to trade derivatives.

In March, several major companies came together to form Enterprise Ethereum Alliance (EEA), with a plan to create software standards for Ethereum for the purpose of business.

According to Nasdaq.com, apart from the 30 founding members, the EEA announced 86 new entrants such as Samsung SDS, Toyota, Deloitte and Infosys.

The creation of EEA which brings companies from across sectors like pharma, automobile, banking, management, software, hardware, etc has definitely contributed to Ethereum's rally and legitimacy this year.

Stamp of approval by Russian President

Vladimir Putin met with Ethereum founder Vitalik Buterin at a time when the President looked to diversify Russia's economy beyond oil and gas.

At the St. Petersburg Economic Forum, Putin agreed to capitalise on Ethereum by building contacts with local partners to implement the blockchain technology, according to the Kremlin's website as reported by Bloomberg.

Singapore's central bank announced that it completed its initial phase of Project Ubin which is developing a tokenized version of the Singapore Dollar (SGD) on a Ethereum based blockchain.

The report which is titled 'The Future is Here' discussed the progress and the apex bank's possible replacement of the country's interbank payments network using the blockchain technology.

According to Cointelegraph, the surge of interst in Ethereum has led to more trades in ETH/KRW pair than the ETH/BTC pair, which used to account for over 50 per cent of all Ethereum trading.

Even Vitalik Buterin has no idea behind the country's interest in the cryptocurrency besides people speculating on its value.

A rise in Initial Coin Offerings (ICOs) that help cryptocurrency start-ups to raise money in short periods of time have fuelled the Ethereum boom as they predominantly use Ethereum.

This offering exists outside a legal framework in the absence of a regulatory body.

Acoording to Smithandcrown.com, ICOs raised $ 101 million in 2016 and have crossed the $ 300 million bar, representing nearly a 200 per cent increase in less than six months.