According to a Bloomberg Economics report, uncertainty over trade could lower world gross domestic product by 0.6 per cent in 2021 compared to a no-trade-war scenario, which translates to $585 billion shaved off the IMF's estimated world GDP of $97 trillion for that year 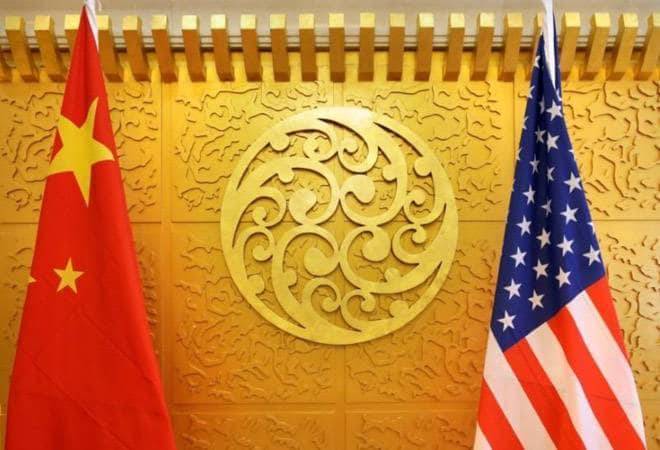 The US-China tariff war is expected to lower US' GDP by 0.6 per cent and that of China by 1 per cent

Although US President Donald Trump last week hit the pause button on the year-old trade war with China and the two countries are scheduled to restart talks towards the end of the month, the murmurs of a global recession are getting louder. Nine major economies around the world, including the UK, Germany, Russia, Singapore and Brazil, are on the brink of recession or already there. And the pundits fear the US is likely to follow soon - 34 per cent of economists surveyed by the National Association for Business Economics said they believe that the slowing US economy will tip into recession in 2021.

The economic impact of the US-China tariff war will be astronomical. According to a Bloomberg Economics report, uncertainty over trade could lower world gross domestic product by 0.6 per cent in 2021 compared to a no-trade-war scenario. That's double the direct impact of the tariffs themselves and the equivalent of $585 billion shaved off the International Monetary Fund's estimated world GDP of $97 trillion in 2021.

The report added that while monetary policy can be used to mitigate uncertainty shocks, it cannot prevent the damage entirely. If central banks around the world respond to demand weakness, world GDP is predicted to be 0.3 per cent lower in 2021. In the recent past, central banks across Europe, Australia and Asia, including India, have already cut interest rates in response to the broadening fallout from the trade war, or are preparing to do so.

The mixed signals being sent out by the US on the tariff war does not help matters. Last Wednesday, Trump decided to delay imposing a 10 per cent import tariff on laptops, cell phones, video game consoles and some other products made in China - previously scheduled to kick-off in September - in an abrupt pull-back from its hitherto hardline stance. The decision covers about 60 per cent of the remaining $300 billion of Chinese imports coming into America, and these products are now scheduled to come under the tariff net on December 15.

But just four days later, Trump repeated his call for China to resolve the situation in Hong Kong in a "humanitarian" way and said this would be "very good for the trade deal" he has been seeking with Beijing. On Monday, US Vice President Mike Pence similarly urged China to respect the integrity of Hong Kong's laws and warned that it would be harder for Washington to make a trade deal with Beijing if there was violence in the former British territory.

"The tweet is mightier than the tariff," the Bloomberg economists noted in their report, adding that the uncertainty stemming from Trump's social media habit and his trade policy in general could be more harmful than his tit-for-tat tariff battle itself. The US President sometimes tweets multiple times on China in a single day and sometimes not at all. Moreover, his contradictory takes on the progress of negotiations with Beijing send a chill through businesses that are making decisions about investing and hiring.

But while everything is up in the air currently, one thing is for sure: The tariff war between the world's two biggest economies is going to hurt China more. While the US' economic output is expected to dip by 0.6 per cent, China's GDP is expected to lower by 1 per cent. Meanwhile, it is already running out of US imports that it can target here on.