The Ministry of Defence has added 108 more items to its existing list of 101 defence items banned for import to give further impetus to self-reliant defence manufacturing. The tally of the negative import list for defence items has now gone up to 209.

"Like the first list, import substitution of ammunition which is a recurring requirement has been given special focus. Not only does the list recognise the potential of the local defence industry, but it will also invigorate impetus to domestic Research and Development by attracting fresh investment into technology and manufacturing capabilities," the defence ministry said in a statement.

The move will give a boost to indigenisation with the active participation of both public and private sector for fulfilling the objectives of achieving self-reliance and promoting defence exports.

The first import ban list comprising 101 items was notified in August 2020 in pursuance of the Modi government's aim to achieve 'AtmaNirbhar Bharat' and to boost indigenisation in the defence sector. 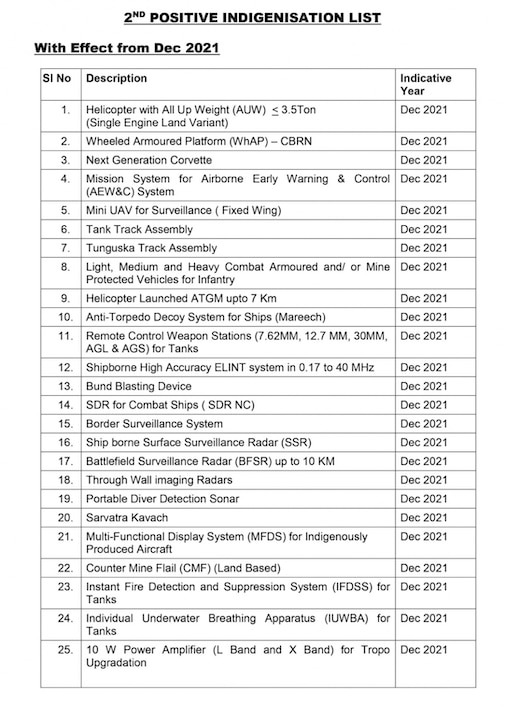 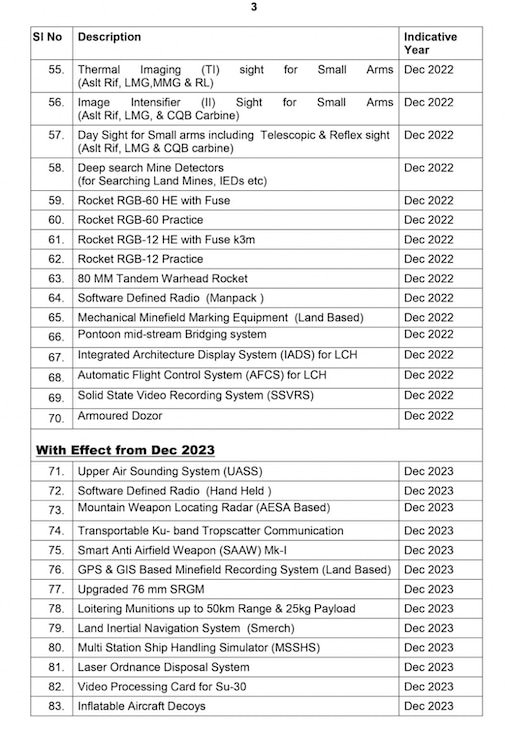 The ministry, in a statement, said all 108 items will now be procured from indigenous sources as per provisions in Defence Acquisition Procedure (DAP) 2020. This ban on imports will be implemented between December 2021 and December 2025.

Out of the 108 items, 49 will be implemented from December 2021 and the rest will be implemented over the next four years. The ministry also said the second list focuses on weapons or systems that are currently under development or trials, and are likely to translate into future orders.

The government's embargo on imports is aimed at strengthening domestic manufacturing as the new defence policy eyes Rs 35,000 crore defence exports in the next five years.

The ministry has prepared the second list after several rounds of consultations with government and private industries to assess the future capabilities of Indian manufacturing.