Symantec has six Security Operations Centres around the world; however, the recently inaugurated facility in Chennai is its largest so far.

"Restricted area, authorised personnel only": That's the notice on the door of Chennai facility of Symantec which houses one of the largest security operations centres (SOC) globally. Entering this facility, which has a Black Mirror feel to it, is no easy feat.

An employee uses his fingerprint on a biometric device at the side of the door and the first door unlocks wide open on its own without any assistance. He leads a bunch of journalists from across the globe through it, who are in Chennai to attend the grand opening of the centre. The tags all of us are wearing, including this writer, say, "Escort required." However, we have to wait for the first door to close as then only the second door would open.

As the second door opens we get the first sight of Symantec's Security Operations Centre. Inside, in a large open office floor about 60-70 people are working on dual screen desktops, dashboards all around featured time zones, graphs and maps. The desktop screens are flashing red, black and green number logs, as analysts monitor in real time security devices installed at their customer organisations around the world. This is where 1,000s of cyber breaches are thwarted every day. "If you are in the Australian region, and you are during the day working with Australian SOC, when the sun goes down in your region, the work comes here," he elaborates.

Symantec has six Security Operations Centres around the world; however, the recently inaugurated facility in Chennai is its largest so far. The facility which is manned by 140 employees, out of which 100 are cyber experts, not only detects threats in real-time but also thwarts them. Besides English, it supports Hindi, Telugu and Malayalam. 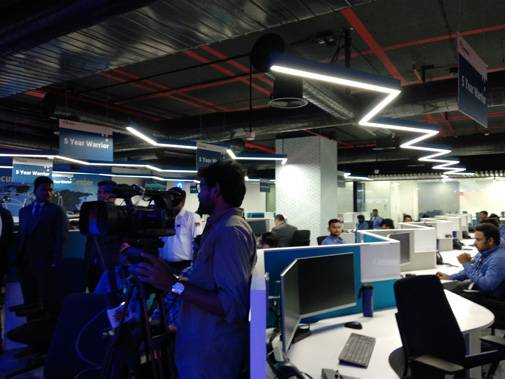 In recent years, organizations have realized the importance of cyber security. While most MNCs have been aware of its vitality for a while now; mid-cap companies, MSMEs and government organizations in India, too, are waking up to this reality. The primary reason being the rise in cyber attacks and breaches.

In fact, India has emerged as a frequent target lately. Earlier this year, Symantec, the parent company of Norton anti-virus, had reported that India featured amongst the top ten countries where mobile malware was most frequently blocked in 2017.

This has led to an increase in demand of security professionals and services in the country. While most companies have an in-house security team, the expertise required to tackle incidents is not enough, as the attackers are getting sophisticated by day. The dedicated security operations centres (SOC) and network operations centre (NOC) helps organisations in dealing with cyber attacks and breaches. The demand of such facilities could be understood from the fact that Chennai facility began operations in Chennai 10 years ago with only 15 cyber experts or warriors as the company calls them, but today has 140 experts. 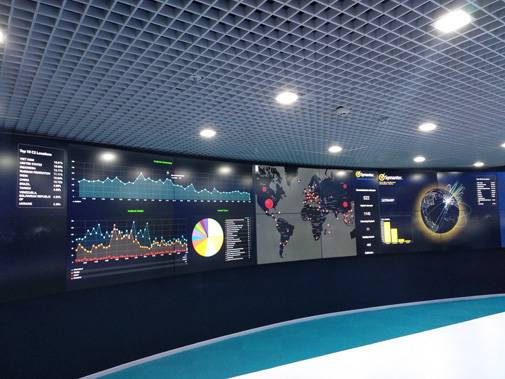 "The pace and the velocity of attack are moving at such a great speed that we can't wait, we have to constantly evolve," says Kapuria.

He stresses that given the rapid adoption of smartphones in India and its massive user base, the country is at a bigger risk.  Clearly there is need for more such operations in the country, as the digital transformation has just started here.