The 60-meter bridge is crucial for connectivity in the region as it allows Indian military units better access to points near the Line of Control (LAC). The bridge was finished on Thursday afternoon 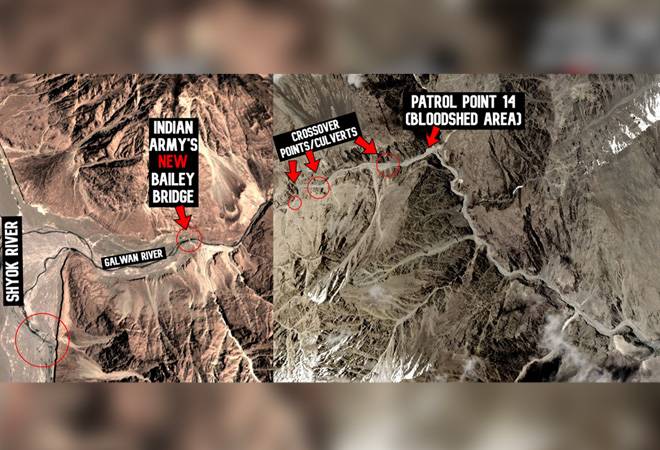 On June 16, while the rest of the country was mourning the death of 20 Indian soldiers in the Galwan conflict, the Indian Army was working at full speed to finish the construction of military infrastructure that had contributed to the conflict in the valley.

According to India Today, hours after the Galwan incident that left 20 soldiers dead, engineers of the Indian Army received orders from Karu-based mountain division to leave no stone unturned and finish the construction of a bridge over the Galwan River.  The bridge, according to the news channel, is now completely operational and will serve as one of two chief Indian infrastructural trigger points for mobilisation of Chinese troops in the valley.

The 60-meter bridge is crucial for connectivity in the region as it allows Indian military units better access to points near the Line of Control (LAC). The bridge was finished on Thursday afternoon and the Army tested it by driving vehicles over it for 2 hours, reports the news channel.

The Galwan bridge is a type of portable or 'bailey' bridge and it comprises metal trusses to support the rapid transit of heavy military vehicles. Local commanders wanted to quickly complete the construction amid increasing tensions between the two countries. Any delay could indefinitely delay the construction as the June 15 incident that left 20 Indian Army personnel and an unspecified number of Chinese Army personnel dead had taken place only a few kilometres away from the construction site, the commanders felt.

The instructions were precise: use whatever resources necessary to finish the bridge as early as possible. Given the tensions in the area following the brawl, infantry companies in the area were asked to specifically provide cover as the engineers finished the bridge. Work continued on Tuesday night and Wednesday night in freezing temperatures.