Centre sends Remdesivir to Delhi, Maharashtra, UP, other states with high number of Covid-19 cases

According to the health ministry data, between April 21 and April 31, the worst-affected Maharashtra has been allocated 269,218 Remdesivir injections, followed by Gujarat (163,559), and Uttar Pradesh (122,833) 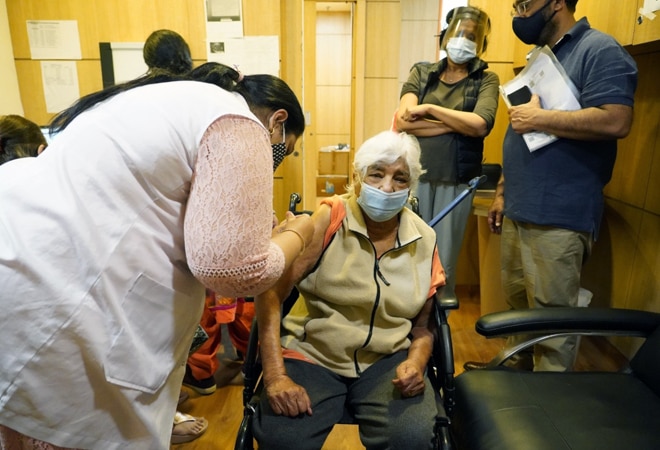 The Centre has allocated national capital Delhi 61,825 Remdesivir for the period of 10 days

The Cente on Thursday allocated Remdesivir injection, required for Covid-19 therapy, to high-burden states and union territories for the period up to April 30, the union health ministry said. This allocation pertains to 14 states/UTs, including Delhi, Maharashtra, Gujarat and Uttar Pradesh, to which medical oxygen is allocated, and five other states where a high volume of supplies is being observed, the ministry said in a statement.

According to the health ministry data, between April 21 and April 31, the worst-affected Maharashtra has been allocated 269,218 Remdesivir injections, followed by Gujarat (163,559), and Uttar Pradesh (122,833). The Centre has allocated national capital Delhi 61,825 Remdesivir for the period of 10 days.

"All support is being extended to manufacturers by the government in this endeavour. The production capacity is being ramped up from the current level of 38 lakh vials per month to 74 lakh vials per month, and 20 additional manufacturing sites have been approved. Export of Remdesivir has also been prohibited on 11th April in order to shore up domestic supplies," the ministry said.

The ministry added, "The allocation includes bulk purchases made by the states as well as supplies through private distribution channels". It further said that in case any state does not require or is unable to fully utilise its allocation before April 30, that would be available for reallocation to other states as per their requirement.

Additionally, the control room set up by the National Pharmaceutical Pricing Authority (NPPA) will be responsible for monitoring the operations as per the allocations.

A WhatsApp group comprising nodal officers of states to coordinate the unhindered movement of Remdesivir within the country is being created, the ministry said. Liaison Officers of Remdesivir manufacturers and officials of the Ministry of Home Affairs, Department of Pharmaceuticals, National Pharmaceutical Pricing Authority (NPPA) and the Central Drugs Standard Control Organisation (CDSCO) will be part of this group for day-to-day monitoring and coordination, it added.

Several states and UTs have reported an acute shortage of Remdesivir and raised the issue with the Centre. Remdesivir being an investigational therapy drug given in acute and severe versions of COVID-19 where oxygen support is a must.

Also read: Registration for vaccination of 18 yrs and above from Apr 24; here's how to register on CoWin