Chandrayaan-2: ISRO's Geosynchronous Satellite Launch Vehicle (GSLV) Mark-III, aka Bahubali will take off from the atish Dhawan Space Centre at Sriharikota at 2:51 am on July 15. 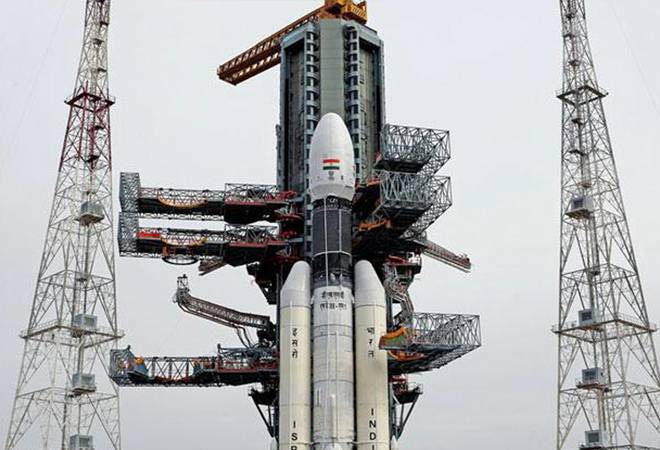 Chandrayaan-2 Launch: The women behind the mission

As Chandrayaan-2 sets to make history, credit for the project goes to the team behind the mission. Among other things what makes this mission unique for the space agency, ISRO, is that it is its first to have two women leading a project. Not only that, 30 per cent of the members working on the Chandrayaan-2 mission are women, as mentioned by K Sivan, Chairman of the Indian Space Research Organisation.

Muthayya Vanitha who will be the first woman project director of ISRO is an electronics system engineer and has the heavy burden of handling the mission. She was responsible for data handling systems for India's remote sensing satellites. Initially Vanitha was reluctant to accept the responsibility. However, M Annadurai, the project director of Chandrayaan-1 did not falter in his persistence. He believed that she has excellent problem-solving skills and team management capabilities and handed her the responsibility.

Ritu Karidhal, the mission director of Chandrayaan-2 was the Deputy Operations Director for the Mars mission. Karidhal has a Master's degree in Aerospace Engineering from Indian Institute of Science, Bengaluru. She is responsible for the spacecraft's outward autonomy system. Karidhal is also known as the 'rocket woman' of India. She has received the ISRO Team Award for MOM, Women Achievers in Aerospace, among other accolades.

Both the women have two decades of experience. They also share another common thing between them - they both have gruelling work hours.

Chandrayaan-2 will explore the unexplored South Pole region of the moon in what will be a milestone for the country's indigenous scientific capability. If all goes well then the lander Vikram and the rover Pragyaan will touch down on the lunar surface on September 6 or 7.

ISRO's Geosynchronous Satellite Launch Vehicle (GSLV) Mark-III, aka Bahubali will take off from the atish Dhawan Space Centre at Sriharikota at 2:51 am on July 15. It will carry a load of 3,877 kg, including Pragyaan and Vikram.

More than 7,000 people will be watching the spectacle at the launching site.

Also read: ISRO's Chandrayaan-2 Moon Misson launch on July 15: All you need to know about India's most advanced spacecraft