The Chandrayan-2's Vikram lander will touch down on the Moon's surface on September 7 at 1:55am 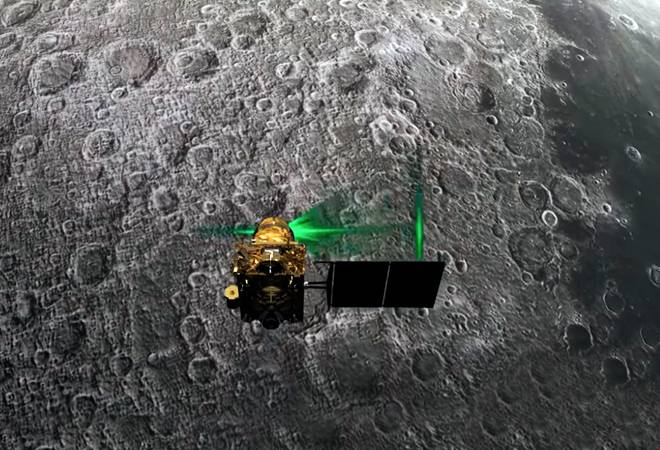 Chandrayan-2 lander Vikram and rover Pragyan are just hours away from landing on the Moon's unexplored South Pole. If everything goes according to the Indian Space Research Organisation's (ISRO) plan, India will enter the exclusive club and become the fourth country after Russia, the US and China to land on the moon. Earlier in the week, ISRO carried out series of successful orbit manoeuvres to bring the landing module in to its final orbit.

Chandrayaan 2: Date and time of landing

The Chandrayan-2's Vikram lander will touch down on the Moon's surface on September 7 at 1:55am. The Vikram lander will begin its descent at 1:40am from a height of 35 km above the lunar surface.  During the descent, the velocity of the lander will be around 6,000 kmph and it will drop to a height of 7.4 km above the moon altitude in just over 10 minutes. The engines will be shut down well before the lander touches the moon's surface.

Chandrayaan 2: When & where to watch the landing live

ISRO will telecast the updates on its website, isro.gov.in from its control room at the Satellite Control Centre (SCC) in Bengaluru. ISRO's Twitter handle will also be tweeting live updates every minute. The landing can also be watched live at press information bureau of India's YouTube channel at 1.10 am IST on 7 September.

Also Read: Chandrayaan-2 landing: Why last 15 minutes of lander Vikram are most crucial?

Fire breaks out in rear power car of Chandigarh-Kochuveli Express