Maharashtra has also reported maximum deaths at 459, while 1,773 patients have recovered in the state; state is followed by Gujarat with 4,395 cases and 214 deaths and Delhi with 3,515 cases and 59 deaths 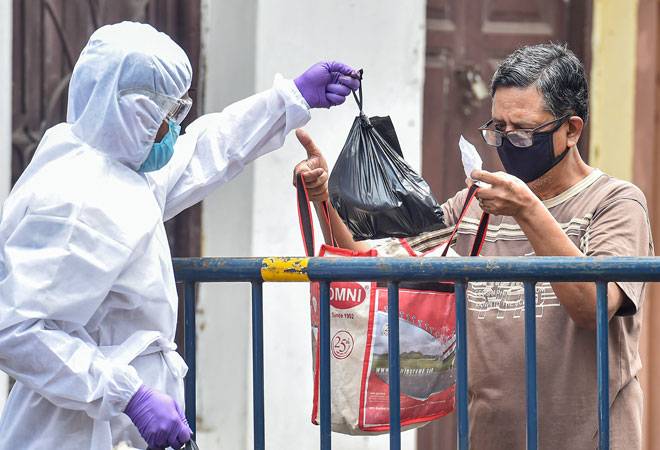 Coronavirus cases in India: The second phase of lockdown comes to an end on May 3

The number of coronavirus cases in India has crossed 35,043, with Maharashtra topping the tally with 10,498 cases. The active cases stand at 25,007, while those cured include 8,888 patients. The number of deaths has also risen to 1,147, says the Ministry of Health and Family Affairs. Maharashtra has also reported maximum deaths at 459, while 1,773 patients have recovered in the state. Maharashtra is followed by Gujarat with 4,395 cases and 214 deaths; and Delhi with 3,515 cases and 59 deaths.

As the second phase of lockdown comes to an end on May 3, the Health Ministry has finalised the criteria for different zone based on multi-factorial information on the incidence of cases, doubling rate, extent of testing and surveillance feedback. As per new classification, a district will be considered as green zone if there are no confirmed cases so far or no reported case since last 21 days (instead of earlier 28 days). As per this fresh list, a total of 130 districts have been declared as a red zone; 284 under orange zone; and 319 under the green zone.

The states with maximum green zones are 30 districts in Assam; 25 in Chattisgarh, 25 in Arunachal; 24 in MP; 21 in Odhisha; 20 in UP; and 10 in Uttrakhand. In Delhi, all 11 districts come under the Red Zone, while Gurugram is in orange zone and Faridabad in Red Zone. As per the Ministry of Health, states may designate additional red or orange zones based on field feedback and additional analysis at the state level.

Labour Day 2020: Wishes, quotes, images, status, why it is celebrated on May 1