Coronavirus lockdown 3.0: Latest classification of cases is based on various broad factors -- the incidence of cases, doubling rate, the extent of testing and surveillance feedback to classify the districts under these three categories Coronavirus lockdown: 130 districts have been identified as red zones, 284 as orange zones and 319 as green zones

Coronavirus-induced lockdown is likely to stay in as many as 130 districts of India, as the Union Ministry of Health has released a fresh list of districts, which will be considered 'red zones' after the second phase of the lockdown ends on May 3. The government wants to ensure there's no sudden breakout of cases if it goes for partial opening of the economy.

Union Health Secretary Preeti Sudan has written to Chief Secretaries of all States/UTs, designating districts across all states/UTs as red, orange and green zones. "Since recovery rates have gone up, districts are now being designated across various zones duly broad-basing the criteria," Preeti Sudan said.

Unlike last time when 'zones' were considered based on cumulative cases and doubling rate, the latest classification of cases is based on various broad factors -- the incidence of cases, doubling rate, the extent of testing and surveillance feedback to classify the districts under these three categories.

As per these rules, there are 130 districts that have been identified as red zones, while 284 have been marked as orange zones and 319 are in green zones. The list was prepared during a meeting called by the Cabinet Secretary on Thursday with all Chief Secretaries and Secretaries of the health departments.

The government has asked states not to relax zonal classification, though they can add mode districts based on "field feedback, additional analysis at the state level". As per the Centre, the state should consider one or more municipal corporations, corporations and other areas as "separate units".

"If one or more of these units has reported no cases for last 21 days, they can be considered as one level lower in zonal classification, in case the district is in red/orange zone," the government said. The Centre has also asked states to take all "necessary action for containment" to break the chain of transmission of the virus in both red and orange zones.

Also Read: Lockdown 3.0: What activities are allowed in red zones?

As per the Centre, all metro zones including Delhi, Mumbai, Chennai, Kolkata, Hyderabad, Bengaluru and Ahmedabad will be declared as red zones. The ministry has identified 14 districts in Maharashtra, 11 in Delhi, 12 in Tamil Nadu, 19 in Uttar Pradesh, 10 in West Bengal, nine each in Gujarat and Madhya Pradesh and eight in Rajasthan have been declared red zones.

CHECK OUT THE LATEST LIST OF RED, ORANGE AND GREEN DISTRICTS 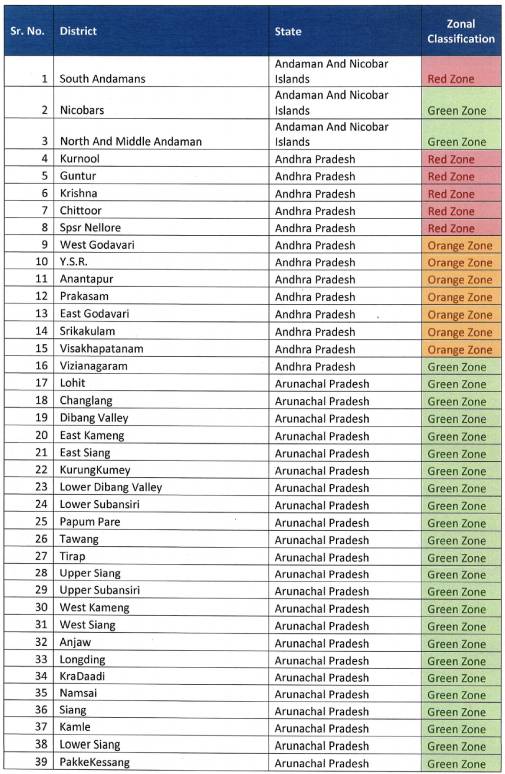 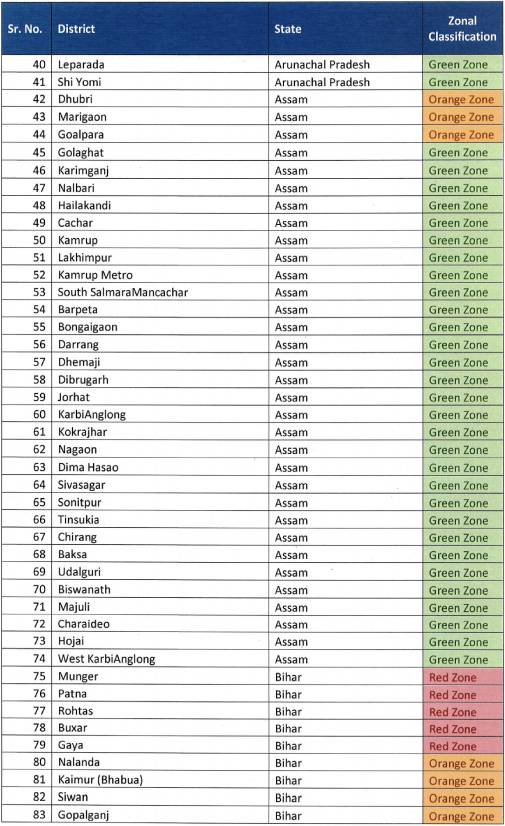 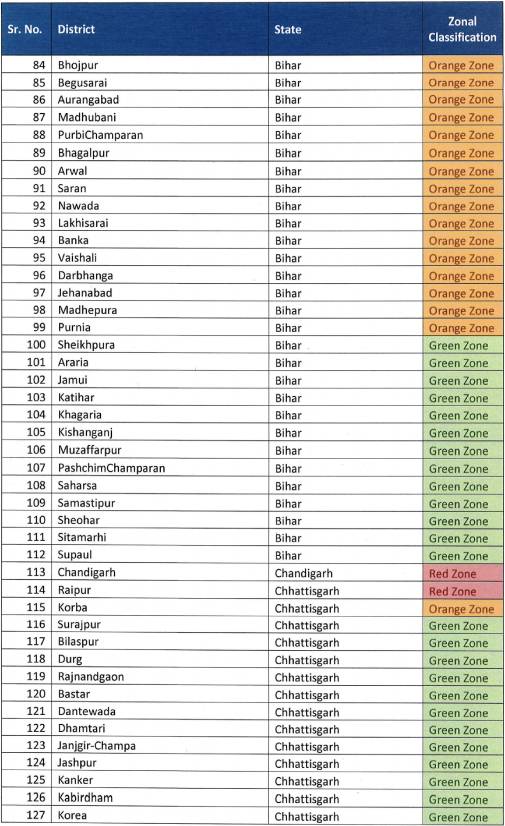 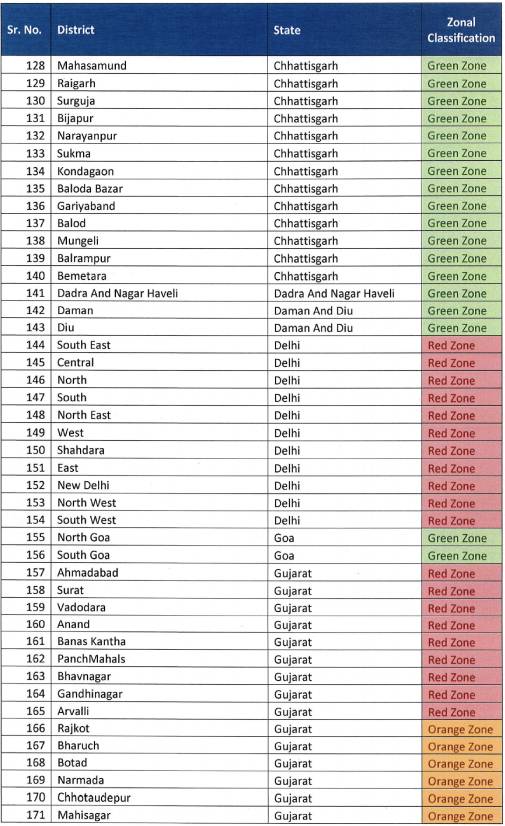 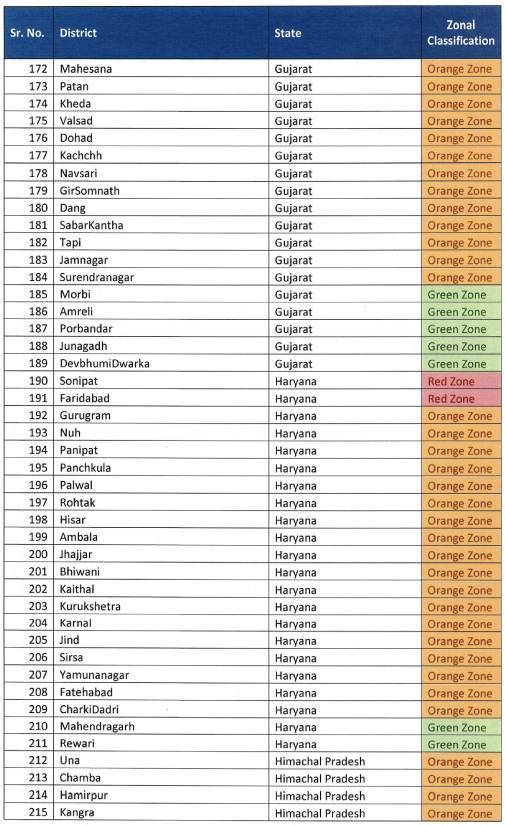 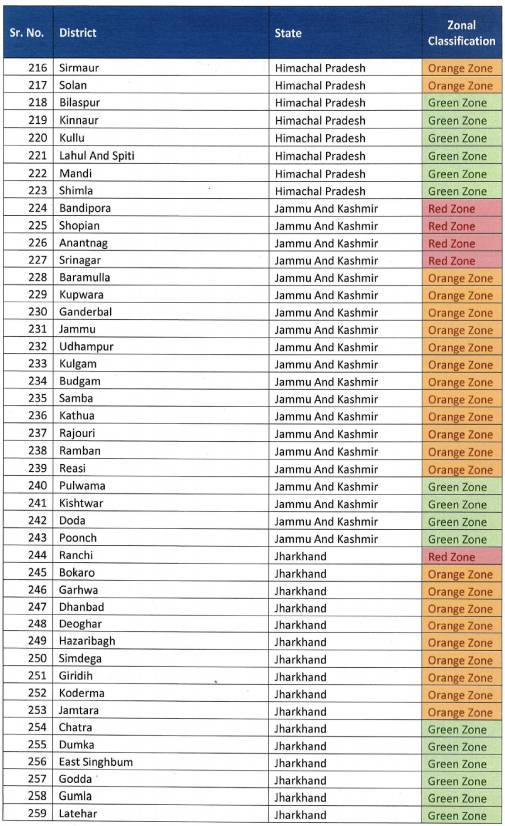 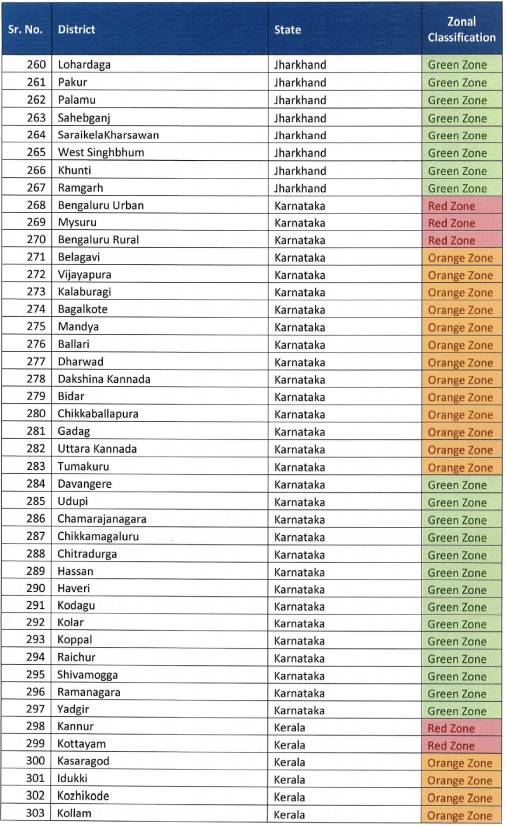 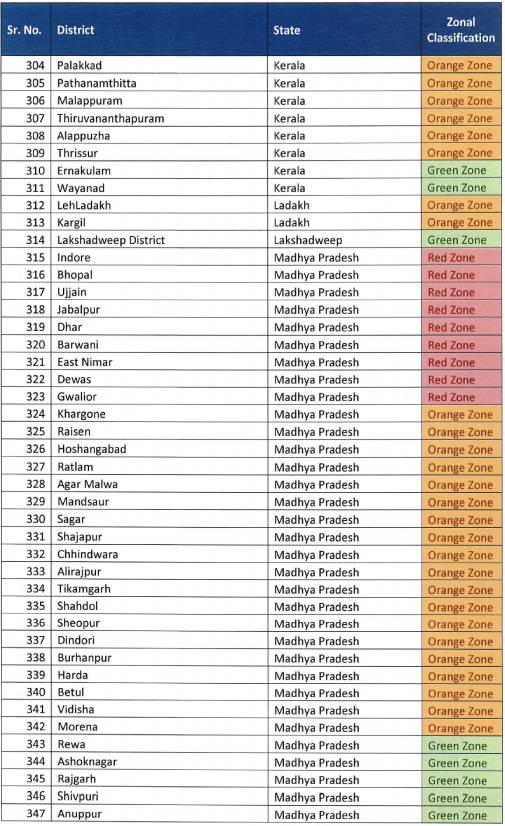 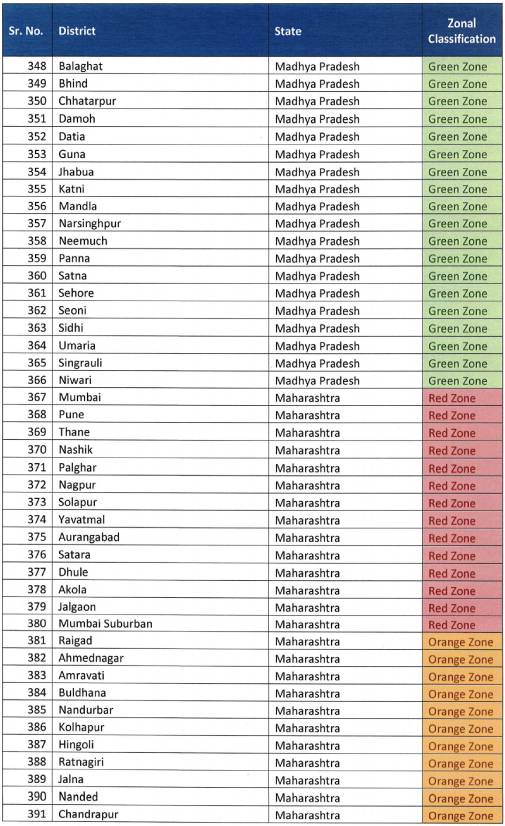 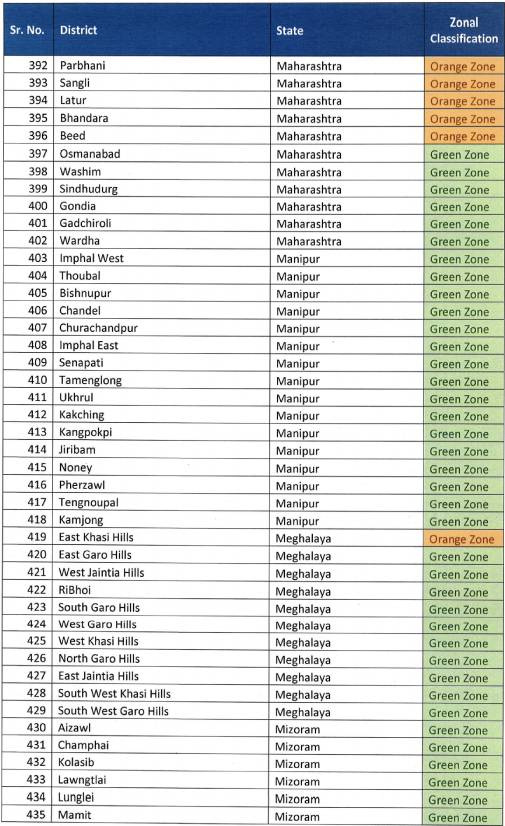 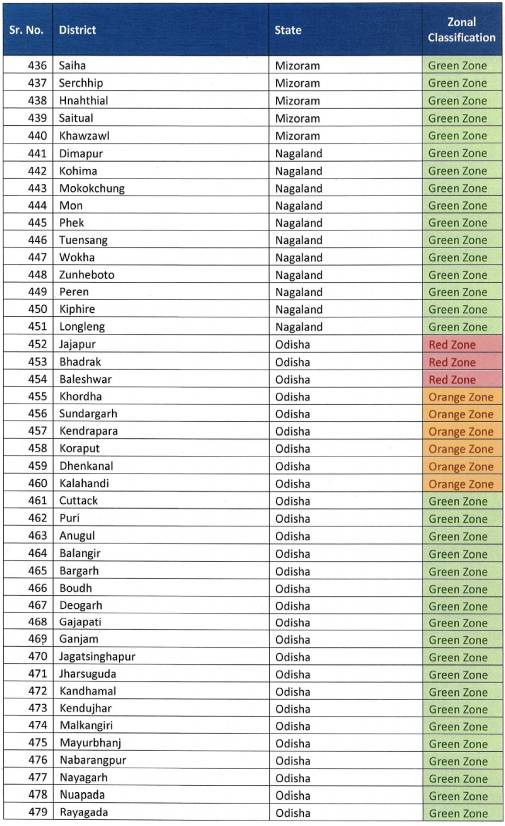 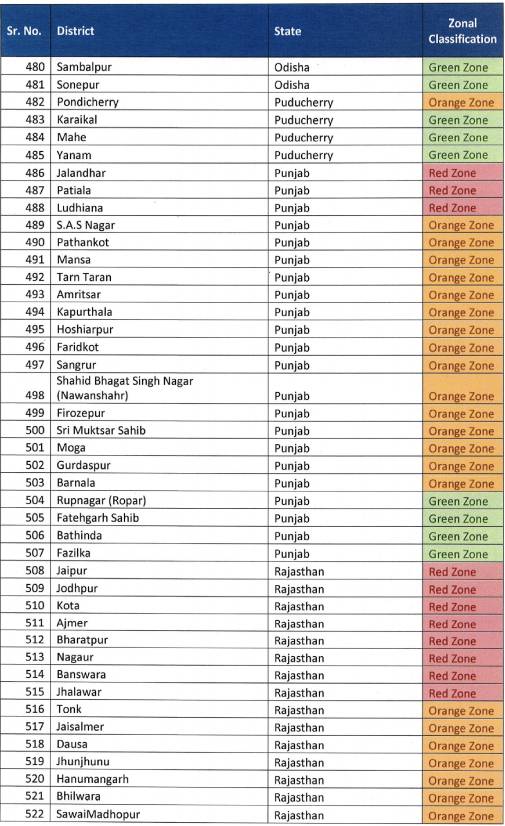 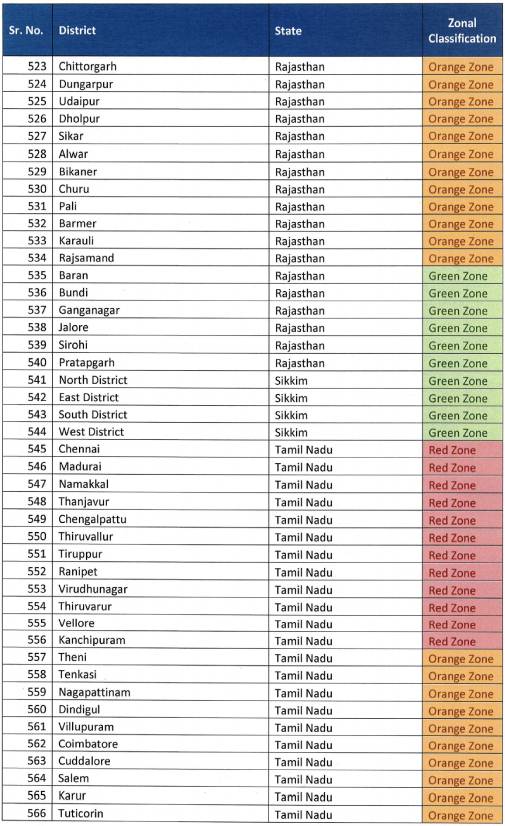 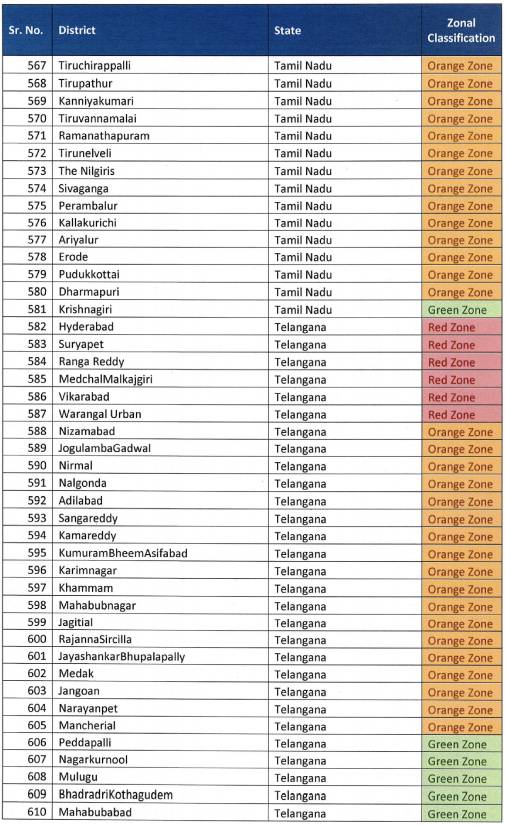 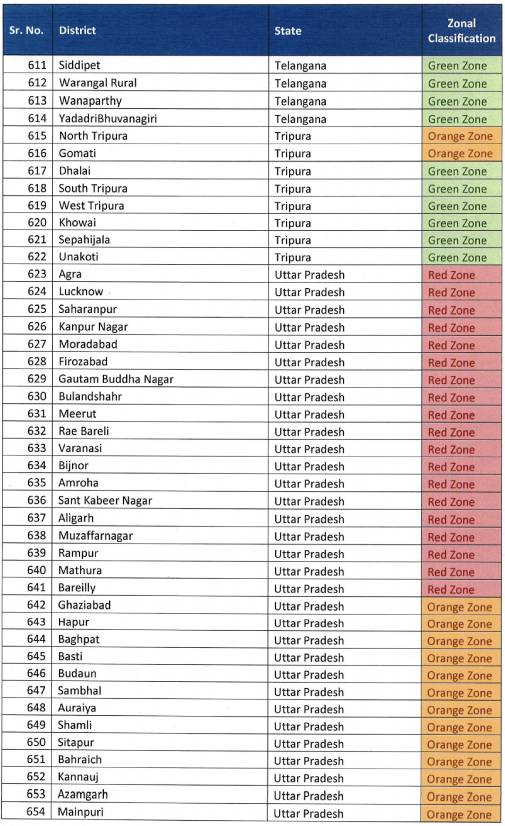 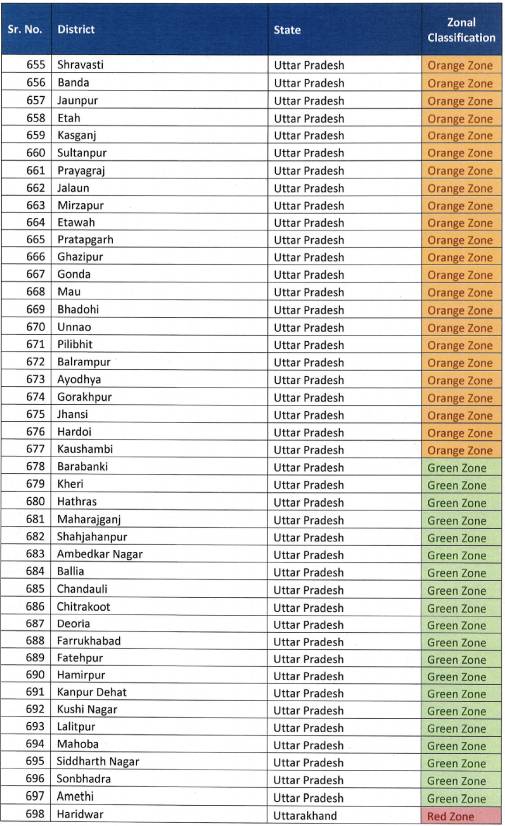 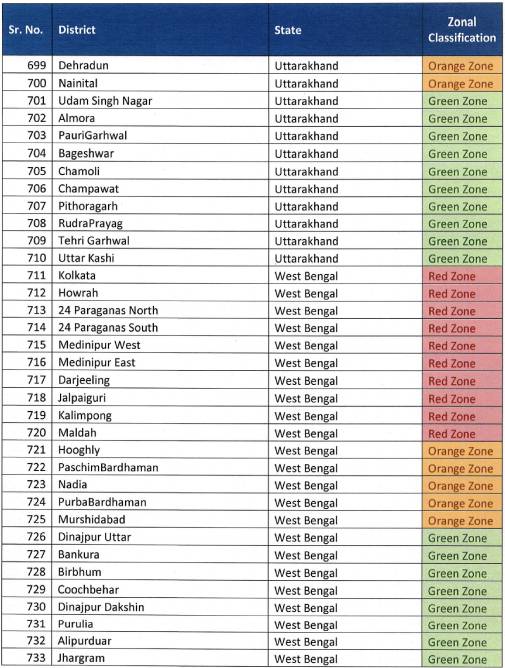 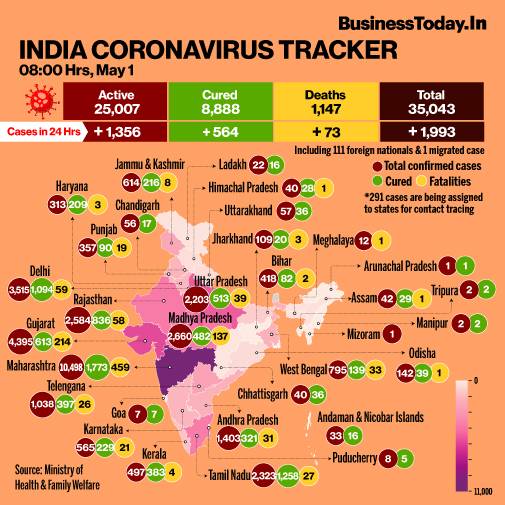 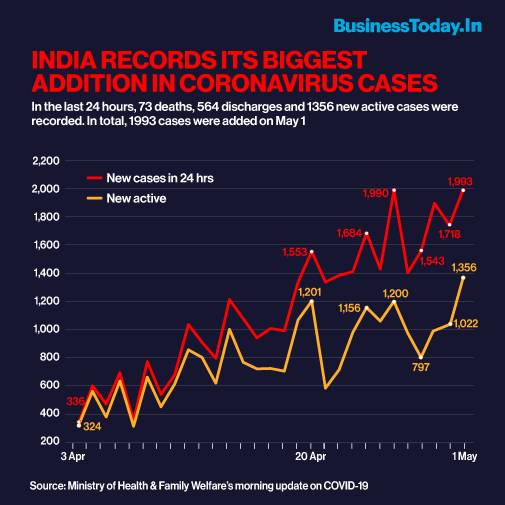