Cyclone Bulbul: Several flight operations will remain suspended at Kolkata Airport from 6.00 pm today till 6.am on Sunday, November 10 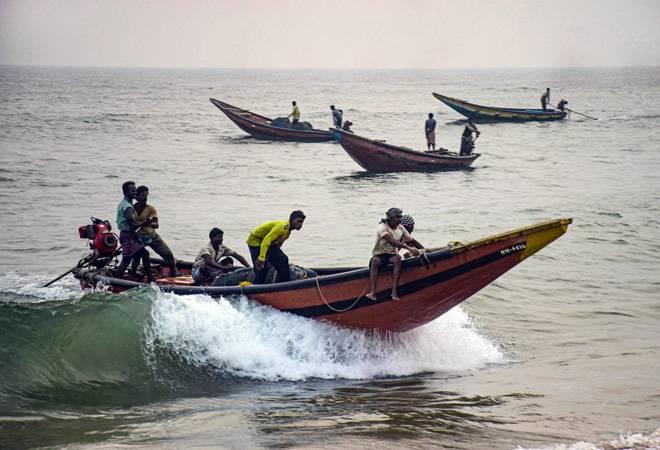 Cyclone Bulbul: As per weather forecasters, cyclone Bulbul is likely to make a landfall in West Bengal or Bangladesh between 7 pm and 10 pm tonight.

Cylone 'Bulbul' has made a landfall in several parts of Odisha on Saturday. A large number of trees and electric poles were rooted out in Jagatsinghpur, Kendrapara and Bhadrak districts of Odisha, Special Relief Commissioner (SRC) P K Jena said.

Indigo, in a statement said,  "Due to cyclone Bulbul, all flight operations to and from Kolkata  been suspended from today 6.00 pm to 6.00 am on Sunday".

#6ETravelAdvisory: Due to cyclone movement #Bulbul, all flight operations to/fro Kolkata have been suspended from today 6PM to 6AM in the morning tomorrow. You may visit Plan B https://t.co/p6kwomTvdX to opt for alternate options or get a refund.

It further mentioned that they were offering waivers cancellation/rescheduling fee for travel on November 9 and 10 for all flights to/from Kolkata.

#6ETravelUpdate: Due to cyclonic storm Bulbul we are offering waivers cancellation/rescheduling fee for travel on 9 Nov’19 &10 Nov’19 for all flights to/from Kolkata #BulbulCyclone

On Friday, nearly 3,000 people were evacuated from vulnerable and low-lying areas in some coastal regions of the Odisha and West Bengal, according to an official.

The Kendrapara district administration has evacuated 1,070 people to safe shelters, and over 1,500 were shifted in Balasore and Jagatsinhgpur districts.

Issuing a "red warning to take action", the MeT advised, on Friday, the administration to ensure total suspension of fishing activities, ferry services, regulation of rail and road traffic.

"Fishermen have been advised not to venture into the rough seas in Odisha and West Bengal coastal regions in view of the cyclonic storm", said Bargotra, who is the Commander Coast Guard Region (North East).

'Bulbul' is being tracked by the Doppler Weather Radars at Gopalpur, Paradip and Kolkata in addition to other observing platforms," he said, adding, it triggered light-to-moderate rainfall at most places and heavy-to-very heavy downpour in some areas over coastal Odisha.

Incessant rain and squally wind have been lashing the coastal districts since Friday, with the intensity increasing gradually.