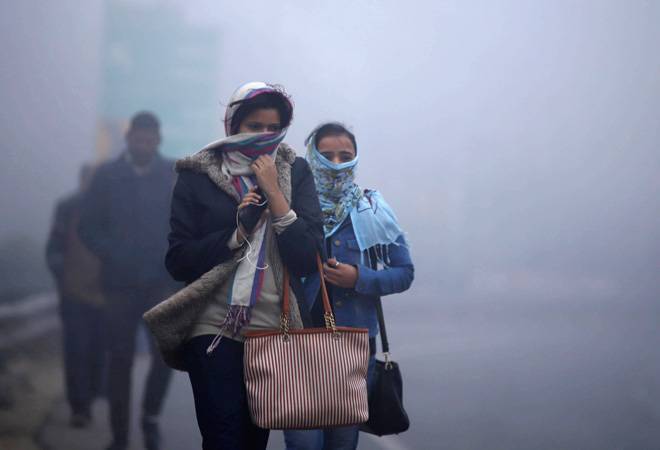 Delhi temperature: Monday's maximum temperature was lowest in December since 1901

Delhi temperature: Delhi continues to shiver as minimum temperature hovers just above 2 degree Celsius while maximum temperature has plunged to below 10 degrees Celsius, a phenomenon that has not been seen in the national capital in over 100 years. As per the Indian Meteorological Department (IMD), similar cold day and dense fog conditions will prevail over Delhi today. But both minimum and maximum temperatures could see slight improvement.

IMD: As per 0530 hours IST today, temperatures are showing positive tendency over Delhi, Haryana, Chandigarh, Punjab, Rajasthan & west UP. However, they are still towards negative over East Uttar Pradesh & Bihar. pic.twitter.com/6YLuIoXScO

Te weather department has predicted that given the approaching western disturbance, one or two spells of light rain/drizzle can be expected from 1st to 3rd January.

#DelhiWeather
Delhi likely to record most coldest day today in last 119 year for Dec Month as day temp till 1430 IST of today has been unusually following a coldest trend with Safdarjung at 1430 IST has 09.4degC pic.twitter.com/FI0mziR0RS

In terms of a total number of cold days, December 2019 has recorded 14 cold or severe cold days, while December 1997 had 17 such days. "The minimum temperature has been 1-3 degree C, causing severe cold wave conditions during last three days of 28th-30th December 2019, with the lowest temperature reported at Lodi road as 1.7 degrees C on December 28," IMD stated.

The worst dense fog, with visibility of 0-200 metre, over Delhi is the main cause for record-breaking lowest maximum temperature.  This very dense fog occurred due to warm and moist winds over the Delhi region, the IMD stated.