Since the news of his donation came out, there has been a lot of buzz on Twitter regarding the same with some appreciating the actor's gesture and others calling him out for being uninformed and pulling a PR stunt 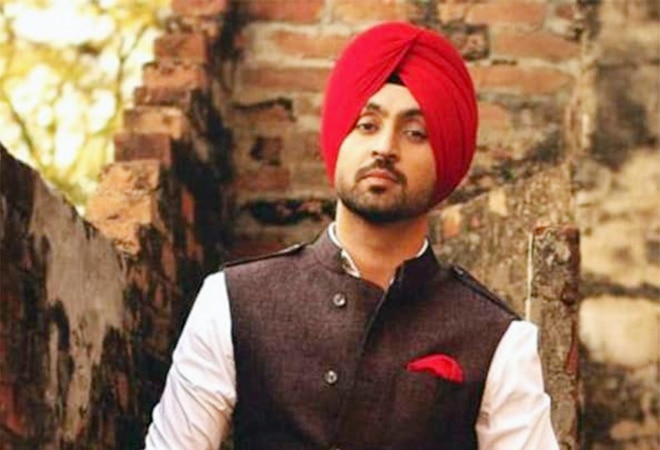 Diljit Dosanjh has been in the spotlight quite lately for his nasty twitter exchange with actor Kangana Ranaut over the farmers' protest and he's again hogged the attention with reportedly a  generous donation of Rs 1 crore for buying warm clothes for the protesters. Dosanjh has made the contribution without creating a "big deal" out of it, according to Punjabi singer Singga.

Singga said in Punjabi, "Thank you brother, you gave Rs 1 crore for the farmers, for their warm clothes, and nobody knows. You didn't post about it. Nowadays people can't shut up after donating Rs 10."

Dosanjh has been vocal in his support for the farmers and has urged the government to listen to their demands. He also participated in the protest at the Delhi border on Saturday. The actor also shared a photo of himself at the protest site.

Addressing the farmers at the Singhu border, he said, "Hats off to all of you farmers, you have created a new history. This history would be narrated to future generations. Farmers' issues shouldn't be diverted by anyone."

He added, "I want to request the government- do not divert from the issues. There is no other discussion going on here apart from that related to farmers. Whatever the farmers want, the government should accept. All are sitting peacefully. There is no talk of bloodshed. Everyone twists [facts] on Twitter."

Since the news of his donation came out, there has been a lot of buzz on Twitter regarding the same with some appreciating the actor's gesture and others calling him out for being uninformed and pulling a PR stunt. See what Twitter has to say here.

Thanks for the donation. Keep supporting farmers. The way you are concerned about the community, you deserve a massive respect and fan following

If it was a secret donation then how come every damn tweep, every news channel and every paper knows about it.

Its 2020. Nobody buys PudiyaWood PR

#HonestFarmersWithModi@diljitdosanjh when U donate ! donate in silence & anonymously otherwise your feeding your EGO ! 🙏 Seem like U want a lot of praise for yur donation! There are many that donate but dont want praise ! U also been caught with REHAN SADDIQUI ! @KanganaTeamhttps://t.co/onV5ieCKWR

He donated the money and kept it a secret from everyone in such a way that; only everybody knows about his donation. 😅

Also read: Netflix is free for two days and Twitter has got no chill, check out some hilarious memes here