Police picked up Disha from her house in Soladevanahalli area of the city. However, Bengaluru police remained tightlipped about the operation 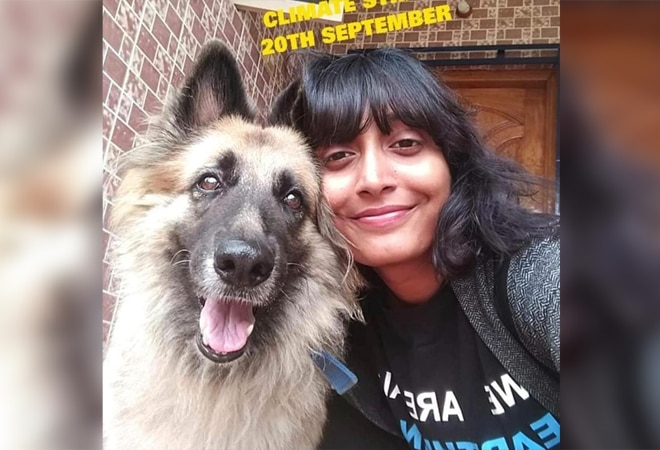 Delhi police, on Sunday February 14, picked up a 21-year-old climate activist from Bengaluru for questioning in connection with Greta Thunberg "toolkit" case. Disha Ravi, a young climate activist, was arrested by a cyber cell team of Delhi Police, a senior police officer said, adding that she edited and shared the toolkit on social media platforms.

Police picked up Disha from her house in Soladevanahalli area of the city. However, Bengaluru police remained tightlipped about the operation.

Disha is one of the founders of Fridays For Future (FFF) India, an international movement of school students who skip classes on Fridays to join demonstrations demanding politicians to act against climate change. FFF was started in 2018 taking inspiration from Thunberg.

Disha has completed her bachelor's in business administration from Mount Carmel College. Currently, she is working as a culinary experience manager with Good Mylk company. Her father is an athletics coach in Mysuru, while her mother is a housewife.

Thunberg had shared a tweet sharing a 'toolkit' extending her support to the farmers' protest following the violence on Republic Day during the farmers' tractor rally. She later deleted the post, however, by then it had managed to attract massive global support.

On February 4, Delhi Police cyber cell registered an FIR against the "creators" of the 'toolkit' charging them for sedition, criminal conspiracy, and promoting hatred among groups under Sections 124A, 120A, and 153 A of the Indian Penal Code

Delhi Police also asked Google and other social media giants to provide information about email ids, URLs and certain social media accounts related to the creators of the "toolkit".

According to police, the "toolkit" has a particular section that mentions "digital strike-through hashtags on or before January 26, tweetstorms on January 23 onwards, physical action on January 26 and watch-out or join farmers march into Delhi and back to borders."

The "toolkit" was aimed at spreading disaffection and ill-will against the government of India and creating disharmony among various social, religious, and cultural groups, the police had added.

According to an India Today report, many others will be arrested in the Greta Thunberg "toolkit" case. Special Commissioner of Police Praveer Ranjan had earlier speculated that the January 26 violence in the national capital could be linked to Thunberg's toolkit as it comprised a proper action plan about a digital strike on or before January 26 and tweetstorms on January 23.

Deputy Commissioner of Police (Cyber Cell) Anyesh Roy also said that the documents in question revealed "copycat execution" of the action plan mentioned in the ''toolkit'' which was also aimed at waging "a social, cultural and economic war against the Government of India."