The state government has been carrying out relief measures in the rain-affected areas, even as some localities, close to water bodies, remained in water 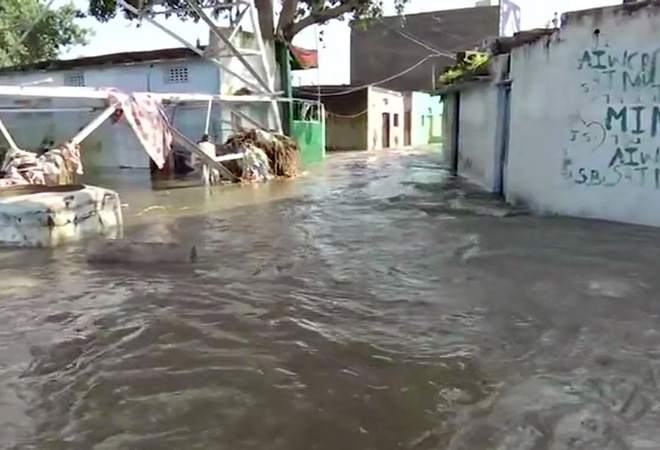 According to official data (from 8.30 AM to 10 pm on Saturday), Singapur Township in Medchal Malkajgiri district received 157.3 mm of rainfall, followed by 153 mm of rain at Bandlaguda near Uppal in the city.

The Disaster Response Force (DRF) personnel of the Greater Hyderabad Municipal Corporation (GHMC) were continuously working on the field clearing water stagnations and inundations and all possible measures were being initiated in view of the rainfall, Vishwajit Kampati, Director, Vigilance and Disaster Management of GHMC, said in a tweet.

The state government said on October 15 that 50 people had lost their lives due to heavy rains and flash floods and the state government had put the losses, as per preliminary estimates, at over Rs 5,000 crore. Two more people lost their lives on Sunday. A 50-year-old man was electrocuted to death in Malakpet while a 5-year-old died after a wall collapsed in RK pet area.

The state government has been carrying out relief measures in the rain-affected areas, even as some localities, close to water bodies, remained in water.

The Met office in its forecast for Sunday said light to moderate rain or thundershowers are very likely to occur in some parts of the city, at times intense spells at one or two places in the city.

'Thought it was an alien': How 'Iron Man' terrified a small UP village