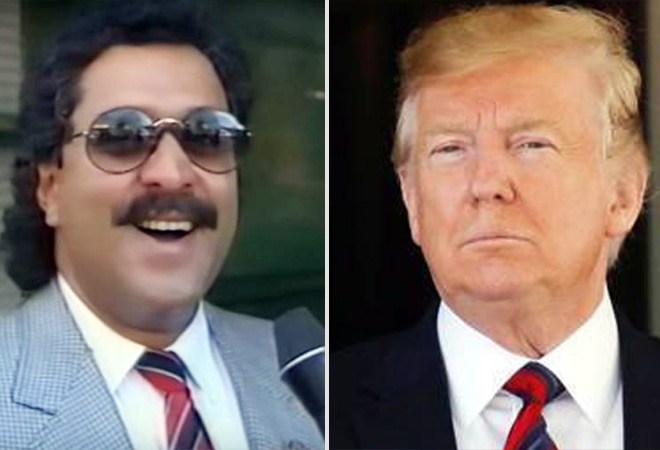 In its controversial series "Bad Boy Billionaires" featuring Indian business tycoons, Netflix has so far released three of the four episodes. The episode on Vijay Mallya titled "The King of Good Times" has caught the attention of the audience for the reason how former liquor baron once mocked the current US President Donald Trump over bankruptcy.

In an interview recorded in the year 1998 with Indian-origin British journalist Nikki Bedi, Mallya gave an interesting answer when asked about his comparison to Trump over love for flamboyant lifestyle.

"Now you have been compared to Donald Trump (current US President). You are the Donald Trump of India - both in your personal life and in your business profiles. How do you feel about that?," Bedi asked.

"I don't know Mr Trump personally. I have read a lot about him; he obviously likes to live his life as I indeed do. But I am not yet anywhere near bankruptcy," Mallya said.

The interview was recorded in the year when a couple of Trump's companies had filed for bankruptcy, while Mallya was going full throttle with his exuberant lifestyle. However, just a few years later, Mallya was declared a financial defaulter due to delay to pay

back loans to the banks. He fled India in 2016. In the same year, Trump became the US president.

The other episodes available feature Nirav Modi and Subrata Roy.

"Bad Boy Billionaires: India" is a series that documents the travails of Vijay Mallya, diamantaire Nirav Modi and Subrata Roy, founder-owner of the realty-to-financier group, Sahara India Pariwar. The series "explores the greed, fraud and corruption that built up - and ultimately brought down - India's most infamous tycoons," Netflix says on the website.