Independence Day 2020 LIVE Streaming: When and Where to Watch 74th I-Day live celebrations

Independence Day 2020 LIVE Streaming: PM Modi's speech will be broadcasted live by the country's public broadcaster Doordarshan. His speech is expected to start from 7:30 am after the hoisting of the national flag 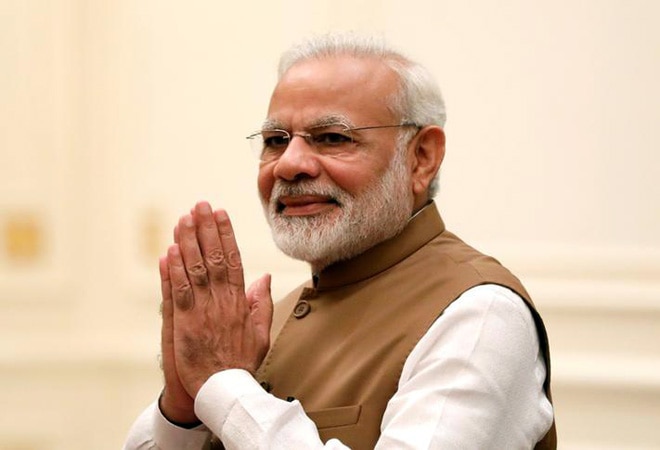 Prime Minister Narendra Modi, in his 74th Independence day address, is likely to highlight the achievements of the government, including India's response and management to ongoing coronavirus pandemic and the need of Atmanirbhar Bharat Abhiyaan to revive the country's economy. This will be Modi's seventh address to the nation from Red Fort since he became the Prime Minister of India in 2014.

PM Modi's speech will be broadcasted live by the country's public broadcaster Doordarshan. His speech is expected to start from 7:30 am after the hoisting of the national flag. The PM's address will also be streamed live on the Press Information Bureau's YouTube channel and its official Twitter page.

Modi is expected to touch upon several achievements of the government in his speech. Officials were quoted as saying it is expected to include the government's role in the management of coronavirus pandemic, the new National Education Policy 2020 and measures to revive the economy.

PM Modi is also expected to speak about probable launch of an indigenous coronavirus vaccine. The Centre has asserted that despite the rise in total number of cases, India's response to the pandemic is marked by a high recovery rate and low fatality rate, putting it in a much better position than other countries.

His address also comes days after Modi on August 5 performed the 'bhoomi pujan' of a Supreme Court-mandated Ram temple in Ayodhya, bringing to fruition the BJP's 'mandir movement' that defined its politics for three decades and took it to the heights of power.

It also comes amid the border standoff between Indian and Chinese troops in the eastern Ladakh. India and China have been holding diplomatic and military talks on disengagement of troops from all the friction points in eastern Ladakh.

There is also anticipation of more reform measures with the government having already announced measures in various sectors, including agriculture and defence, to realise the goals of Atmanirbhar Bharat (self-reliant India).

Political watchers believe that Modi may also touch upon his government's initiatives for Jammu and Kashmir.

Over 4,000 people including diplomats, officials and media personnel have been invited for the Independence Day ceremony at the Red Fort and it is being organised maintaining a balance between dignity of the event and factoring in COVID-19 protocols, the defence ministry said on Friday.

Previously, Modi had chosen the Independence Day to make some big ticket announcements regarding government policies and schemes - be it the government's flagship Jan Dhan Yojana or the Start Up India initiative.

Independence Day 2020: When, where to watch PM Modi's speech live