India vs West Indies: India seems set to win its match against West Indies at Old Trafford today, but this victory alone will not pave the way to sem-finals for the Men in Blue. 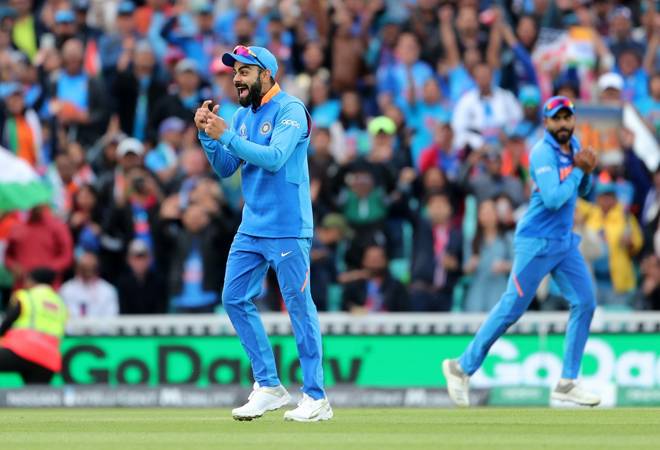 India vs West Indies: The unbeaten Team India is playing against West Indies at the Old Trafford cricket ground in Greater Manchester. The Men in Blue have remained unbeaten in the Cricket World Cup 2019 so far and are likely to become the next team to enter the semi-finals after Australia. But beating West Indies will not be enough.

India will play against West Indies, England, Sri Lanka and Bangladesh in its next four matches. It still needs three points out of its four matches to enter the semis. It means that the Virat Kohli-led team will have to win at least two matches to confirm its place in the semi-finals. If India loses two matches, or all four of them, then it will have to depend on Sri Lanka, Bangladesh and Pakistan to lose their remaining matches so that they do not advance on the points table.

As of now, the Virat Kohli-led team is in the third spot on the points table with nine points under its belt, posing as a strong contender for a spot in the semi-finals. It has been a rough tournament for the West Indies team though. The team has won only one match out of the six it has played. As of now, the Caribbean team is in the eighth spot in the points table and the chances of it entering the semis are equal to none.

Short of an upset, everything seems to be going in India's favour for this match. Virat Kohli, who has been the most successful against West Indies with the bat, is in great form. India's fielding has been in top shape, as the team has been the best catching unit in the tournament. The Indian middle order not firing has been a persistent concern for the team, though.

ALSO READ:India vs England World Cup 2019: Virat Kohli and team to be dressed in orange instead of blue