The incident happened while Royal Challengers Bangalore skipper Virat Kohli was fielding in the match against Delhi Capitals and upon realising his mistake, he acknowledged the slip-up, smiled, and raised his hand in apology 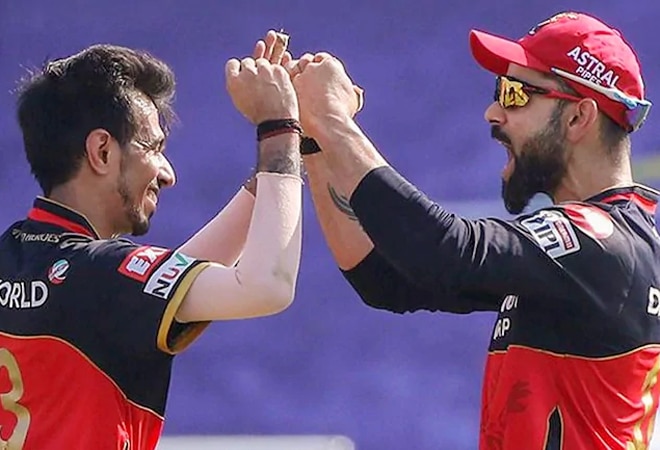 The incident happened while Kohli was fielding in the match and upon realising his mistake, he acknowledged the slip-up, smiled, and raised his hand in apology.

Fielding at short cover, the skipper stopped a lovely drive from Prithvi Shaw and did not let the ball go past him. After fielding the ball, Kohli nearly applied saliva on the ball at the Dubai International Stadium where the match was taking place.

Also Read: Staging IPL 2021 within four months of IPL 2020 could be boon for stakeholders

This could have been a violation of the ICC's COVID-19 protocol under which the players are barred from applying saliva to shine the ball.

He also said that Kohli's actions were just out of instincts. "What an incredible shot by @PrithviShaw there! A million-dollar reaction by @imVkohli after almost applying saliva on the ball. Sometimes instincts take over!" Tendulkar tweeted.

What an incredible shot by @PrithviShaw there!

A million dollar reaction by @imVkohli after almost applying saliva on the ball.

Last week, Rajasthan Royals batsman Robin Uthappa stopped short of making a similar mistake as he was seen applying saliva on the ball while fielding against Kolkata Knight Riders.

"If a player does apply saliva to the ball, the umpires will manage the situation with some leniency during an initial period of adjustment for the players, but subsequent instances will result in the team receiving a warning," the ICC had stated in its Standard Operating Procedure.

"A team can be issued up to two warnings per innings but repeated use of saliva on the ball will result in a 5-run penalty to the batting side. Whenever saliva is applied to the ball, the umpires will be instructed to clean the ball before play recommenced," the ICC notification read.